When Norman Reedus and Andrew Lincoln aren’t busy fighting zombies as their Walking Dead characters Daryl Dixon and Rick Grimes, the two are embroiled in a different kind of battle: a prank war. Reedus made an appearance on Wednesday night’s episode of The Late Late Show with James Corden and explained that he enjoys pulling one over on Lincoln, especially because his co-star isn’t very good at getting him back.

Reedus said the war began when he secretly attached an ’80s-style airbrushed Daryl Dixon license plate to Lincoln’s car. After he ended up driving around with it for months without noticing, the 42-year-old actor swore revenge. “He was trying to plot, but he’s really bad at it to be honest,” Reedus said. “But the last day of shooting for this last season, he walked into his trailer and I’d filled it full of chickens.”

Corden remarked that it didn’t seem like Reedus was playing fair. “Hang on, you were trying to get him back for something he hadn’t done yet?,” the host said. “This feels like a very one-sided war.” 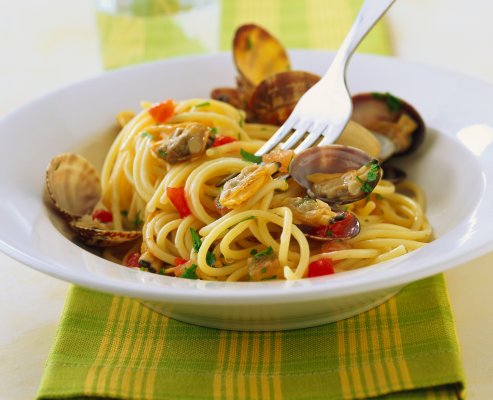 Woman Finds Pearl Worth Up to $600 in Restaurant Meal
Next Up: Editor's Pick