Review: Growing Up Is Hard to Do on Togetherness

TV loves characters with broad, sweeping visions–people who want to dominate their industries or triumph over their adversaries. By contrast, the characters on Togetherness are flat-out lazy. In the show’s second season, which premiered Feb. 21, our central characters are simply trying to do as little emotional damage as possible. That’s precisely the reason the show is so revelatory.

In Season 2, married couple Michelle and Brett (Melanie Lynskey and show co-creator Mark Duplass) are in a holding pattern, unready to break up or fix their relationship. Brett is spending his time on an amateur musical adaptation of the sci-fi novel Dune with actor pal Alex (Steve Zissis), while Michelle halfheartedly noodles over a plan to start a charter school, something she’s not even sure she wants anymore.

Their goals are perfectly specific to the L.A. cool-parent milieu. But there’s something here for any viewer who’s been taken by surprise at getting older. One of the season’s most moving subplots features Michelle’s sister Tina (Amanda Peet); after drifting from passion to passion, she realizes she’d make a great mother, a bit of personal growth that may have come too late for anything but regret.

All the characters expected they’d have more youth; forced to get serious, they rebel, before very slowly starting to grow up. “The things that I thought were going to happen are just not going to happen,” Tina says in an emotional moment. Figuring out how to cope, and what to do next, has rarely been drawn so well–or, though Michelle and Brett would hate the word, so ambitiously. 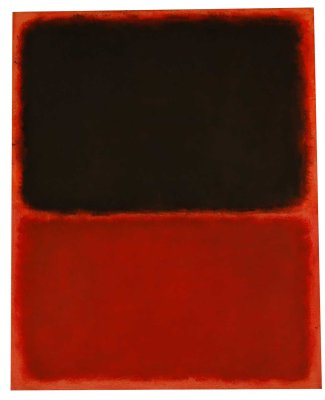 A Fake Rothko and the Rise of Modern Fraud
Next Up: Editor's Pick