The staffer went on to explain that a colleague of hers insisted he never cries. She’d even taken him to see Les Misérables, certain it would jerk a tear or two, but his eyes stayed dry. Trimble was stumped. He and the handful of other scientists who study human crying tend to focus their research on wet eyes, not dry ones, so before the broadcast began, he set up an email address–nocrying10@gmail.com–and on the air asked listeners who never cry to contact him. Within a few hours, Trimble had received hundreds of messages.

“We don’t know anything about people who don’t cry,” Trimble says now. In fact, there’s also a lot scientists don’t know–or can’t agree on–about people who do cry. Charles Darwin once declared emotional tears “purposeless,” and nearly 150 years later, emotional crying remains one of the human body’s more confounding mysteries. Though some other species shed tears reflexively as a result of pain or irritation, humans are the only creatures whose tears can be triggered by their feelings. In babies, tears have the obvious and crucial role of soliciting attention and care from adults. But what about in grownups? That’s less clear. It’s obvious that strong emotions trigger them, but why?

There’s a surprising dearth of hard facts about so fundamental a part of the human experience. Scientific doubt that crying has any real benefit beyond the physiological–tears lubricate the eyes–has persisted for centuries. Beyond that, researchers have generally focused their attention more on emotions than on physiological processes that can appear to be their by-products: “Scientists are not interested in the butterflies in our stomach, but in love,” writes Ad Vingerhoets, a professor at Tilburg University in the Netherlands and the world’s foremost expert on crying, in his 2013 book, Why Only Humans Weep.

But crying is more than a symptom of sadness, as Vingerhoets and others are showing. It’s triggered by a range of feelings–from empathy and surprise to anger and grief–and unlike those butterflies that flap around invisibly when we’re in love, tears are a signal that others can see. That insight is central to the newest thinking about the science of crying.

Darwin wasn’t the only one with strong opinions about why humans cry. By some calculations, people have been speculating about where tears come from and why humans shed them since about 1,500 B.C. For centuries, people thought tears originated in the heart; the Old Testament describes tears as the by-product of when the heart’s material weakens and turns into water, says Vingerhoets. Later, in Hippocrates’ time, it was thought that the mind was the trigger for tears. A prevailing theory in the 1600s held that emotions–especially love–heated the heart, which generated water vapor in order to cool itself down. The heart vapor would then rise to the head, condense near the eyes and escape as tears.

Evidence is mounting in support of some new, more plausible theories. One is that tears trigger social bonding and human connection. We cry from a very early age in order to bring about a connection with others. While most other animals are born fully formed, humans come into the world vulnerable and physically unequipped to deal with anything on their own. Even though we get physically and emotionally more capable as we mature, grownups never quite age out of the occasional bout of helplessness. “Crying signals to yourself and other people that there’s some important problem that is at least temporarily beyond your ability to cope,” says Jonathan Rottenberg, an emotion researcher and professor of psychology at the University of South Florida. “It very much is an outgrowth of where crying comes from originally.”

New research is also showing that tears appear to elicit a response in other people that mere distress does not. In a study published in February in the journal Motivation and Emotion, researchers found that tears activate compassion. When test subjects were shown a photograph of someone crying, compared with the same photo with the tears digitally removed, they were much more likely to want to reach out and reported feeling more connected to that person.

Scientists have also found some evidence that emotional tears are chemically different from the ones people shed while chopping onions–which may help explain why crying sends such a strong emotional signal to others. In addition to the enzymes, lipids, metabolites and electrolytes that make up any tears, emotional tears contain more protein. One hypothesis is that this higher protein content makes emotional tears more viscous, so they stick to the skin more strongly and run down the face more slowly, making them more likely to be seen by others.

A less heartwarming theory focuses on crying’s ability to manipulate others. Researchers believe that just as babies use tears as a tool for getting what they need, so do adults–whether they’re aware of it or not. “We learn early on that crying has this really powerful effect on other people,” Rottenberg says. “It can neutralize anger very powerfully,” which is part of the reason he thinks tears are so integral to fights between lovers–particularly when someone feels guilty and wants the other person’s forgiveness. “Adults like to think they’re beyond that, but I think a lot of the same functions carry forth,” he says.

A small study in the journal Science that was widely cited–and widely hyped by the media–suggested that tears from women contained a substance that inhibited the sexual arousal of men. When 24 men sniffed real tears, they felt less aroused by photos of women’s faces, and when 50 men sniffed them, they had sharply reduced testosterone levels in their saliva than they did when they sniffed the control saline. “I won’t pretend to be surprised that it generated all the wrong headlines,” says Noam Sobel, one of the study’s authors and a professor of neurobiology at the Weizmann Institute of Science in Israel. Tears might be lowering sexual arousal–but the bigger story, he thinks, is that they might be reducing aggression, which the study didn’t look at. Men’s tears may well have the same effect. He and his group are currently wading through the 160-plus molecules in tears to see if there’s one responsible.

What all of this means for people who don’t cry is a question researchers are now turning to, because why, exactly, some people don’t cry is still not fully understood. If tears are so important for human bonding, are people who never cry perhaps less socially connected? That’s exactly what preliminary research is finding, according to clinical psychologist Cord Benecke, a professor at the University of Kassel in Germany. He conducted intimate, therapy-style interviews with 120 individuals and looked to see if people who didn’t cry were different from those who did. He found that they were.

“In general, they were not that closely bonded to others,” Benecke says. “The noncrying people had a tendency to withdraw and described their relationship experiences as less connected.” Tearless people also experienced more negative aggressive feelings, like rage, anger and disgust, than people who cried.

There are other reasons people don’t cry, of course. Some report that their tears dried up while they were taking certain medications, like antidepressants. Certain immune disorders and psychological problems like posttraumatic stress disorder have also been linked to not crying. More research is needed to determine whether people who don’t cry really are different from the rest of us, and some is soon to come: those emailers who heard Trimble on the radio that morning in 2013 are now the subjects of the first scientific study of people with such a tendency.

So far, though crying appears to have interpersonal benefits, it’s not necessarily unhealthy not to do it. Virtually no evidence exists that crying comes with any positive effects on health. Yet the myth persists that it’s an emotional and physical detox, “like it’s some kind of workout for your body,” Rottenberg says. One analysis looked at articles about crying in the media–140 years’ worth–and found that 94% described it as good for the mind and body and said holding back tears would result in the opposite. “It’s kind of a fable,” says Rottenberg. “There’s not really any research to support that.”

But other evidence does back the notion of the so-called good cry that leads to catharsis. One of the most important factors, it seems, is giving the positive effects of crying–the release–enough time to sink in. When Vingerhoets and his colleagues showed people a tearjerker and measured their mood 90 minutes later instead of right after the movie, people who had cried were in a better mood than they had been before the film. Once the benefits of crying set in, he explains, it can be an effective way to recover from a strong bout of emotion. (Not surprisingly, how cathartic a cry is depends on whether people react well–and whether the situation causing those tears is ameliorated.)

Modern crying research is still in its infancy, but the mysteries of tears–and the recent evidence that they’re far more important than scientists once believed–drive Vingerhoets and the small cadre of tear researchers to keep at it. “Tears are of extreme relevance for human nature,” says Vingerhoets. “We cry because we need other people. So Darwin,” he says with a laugh, “was totally wrong.” 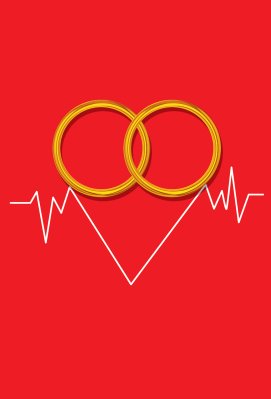 How Marriage Can Influence Your Blood Pressure
Next Up: Editor's Pick