It was, of course, inevitable that on the day after Marco Rubio finished second in the South Carolina Republican primary, Donald Trump would eject a tweet questioning Rubio’s citizenship. Rubio is a U.S. citizen. He was born here, the son of Spanish-speaking Cuban immigrants. (Trump’s mother was a Gaelic-speaking Scottish immigrant.) But no matter. Rubio had just committed the ultimate offense in Trumpworld: he had shown not just a sign of life in the Republican campaign but also a sign of hope. In the waning days of the primary, he had appeared onstage with South Carolina’s Indian-American governor, Nikki Haley, and its African-American U.S. Senator, Tim Scott. “Take a picture of this,” Haley said, “because the new group of conservatives that’s taking over America looks like a Benetton commercial.”

The three did represent a new moment for the GOP, after the party’s 50-year departure from its Lincolnian tradition of support for civil rights. Rubio has expressed sympathy with the Black Lives Matter activists: he had friends who’d been treated badly by police. Haley, famously, demanded the removal of the Confederate battle flag after the Charleston church shootings. Scott had grown up hard but pushed himself past the culture of dependency created by the liberal welfare state. Together, they posed the most effective reproach imaginable to Trump’s white, nativist constituency–and also, more broadly, a general-election alternative to the Democrats, who are still playing ancient racial-identity and -victimization games.

So Trump tweeted, and Rubio responded succinctly: “This is a pattern, this is a game he plays. He says something that’s edgy and outrageous, and then the media flocks and covers that and then no one else can get any coverage of anything else.” Amen to that. South Carolina featured a daily spew. Trump accused George W. Bush of “lying” about Iraq’s weapons of mass destruction. He threatened to sue Ted Cruz over a negative ad Cruz had run. And he’d embraced a tiff with the Pope–which the Pope started–about Trump’s ridiculous border-wall proposal.

We in the media fixed on Trump’s daily outrage, which meant that we didn’t talk about two other important things: the substance of Trump’s campaign, which is nonexistent, and the other Republican candidates. The United Colors of Benetton were shown but not discussed. And Jeb Bush, whose campaign provided more fresh ideas than all of his opponents combined, slipped away unlamented.

A few days before the South Carolina primary, I appeared on Morning Joe and said Trump was operating out of his lizard brain–which is a common phrase for the ancient knob of reflexive lower-brain structures perched atop our spinal cord–rather than his frontal lobe, which is where thought and reason take place. For this, Joe Scarborough accused me of suffering from “Trump derangement syndrome.”

The night before, Scarborough and Mika Brzezinski had hosted an hour-long town hall with Trump–and no other candidate. It was a classic Trump performance, filled with nastiness and ignorance. He said he would abolish Obamacare but would make sure people weren’t “dying in the streets.” (Of course, Medicaid takes care of the indigent poor; Obamacare covers those whose employers don’t offer health care.) He said he opposed the trans-Pacific trade deal because of Asian currency manipulation. (But the Chinese, the prime manipulators, aren’t part of the deal.) He said he would get Germany and South Korea to pay for the American troops protecting them. (They already do pay a share.)

Trump knows exactly what he’s doing. His policy ignorance is a strategy. Every position he takes is carefully calibrated to elicit a reflexive response from his supporters. His campaign is about fears that have existed since before we became sapiens–fear of the other, fear of going hungry, the joy of martial triumph. He has been brilliant at picking those primal scabs. He has an uncanny ability to find the perfect brickbat to throw at his opponents: “low-energy” for Jeb Bush, “nasty” for Cruz, “not a feminist” for Hillary Clinton. He hasn’t taken on Rubio yet, but I’m sure the attack will be precise and devastating.

His has also been the perfect campaign for television. He is outrageous, which is more fun than substance or sobriety. Outrage brings ratings, the one true currency in the desperately competitive world of broadcast news. This is another primal truth that Trump has figured out: the qualities that the Great American Audience now values most are the least presidential. 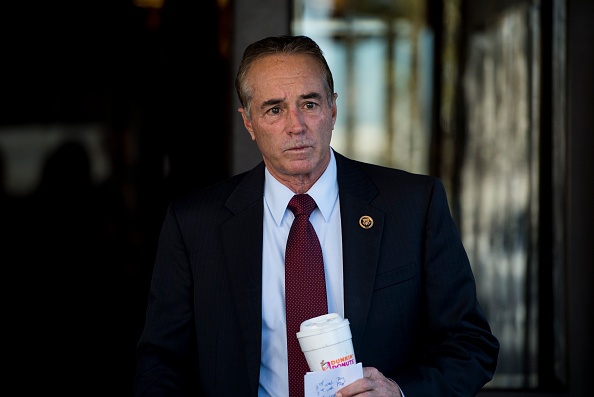 Donald Trump Gets First Congressional Endorsements
Next Up: Editor's Pick