A Fake Rothko and the Rise of Modern Fraud

As fine-art trials go, they don’t get much juicier. Domenico De Sole, chairman of Sotheby’s auction house, was suing Knoedler & Co., once one of New York City’s most prestigious art dealers, for selling him a dud. In 2004, De Sole and his wife paid $8.3 million for Untitled, 1956, a work by the midcentury Abstract Expressionist Mark Rothko, which they loved right up until they discovered, seven years later, that it was really a painting of squares done by a Chinese guy in Queens.

The painting was one of dozens of fraudulent modern masterpieces the now defunct gallery sold, to the tune of $70 million, in one of the most shocking art swindles in history. The real painter, Pei-Shen Qian, has fled to China. The Long Island dealer who brought the fakes to Knoedler, Glafira Rosales, has pleaded guilty to wire fraud, money laundering and tax evasion. And on Feb. 16, Spanish authorities cleared the way for one of her associates to be extradited to the U.S. to face similar charges.

The De Soles’ civil suits were settled out of court but not before two weeks of expert testimony in late January and early February demonstrated how skittish art experts have become about guaranteeing a painting’s authenticity. One Abstract Expressionist scholar admitted that he had previously said all Rothkos look alike. Another, the author of a Rothko catalog, said he was personally familiar with only three or four of the painter’s works. Even the artist’s son said he never authenticates his father’s creations.

That a gallery of the 165-year-old Knoedler’s reputation could be either fooled or ripping off its clients has sent shudders through the art world, and not just because it feeds into the perception among nonhabitués that a) anybody with a can of paint and a drop canvas could create an abstract masterpiece and b) a painting’s worth is a matter of smoke, mirrors and marketing.

Until the past few weeks, modern-art sales had been on a tear, with every auction exceeding expectations. In February, it was announced that David Geffen had let go of a 1955 Willem de Kooning abstract and a 1948 Jackson Pollock splatter painting for $500 million in a private sale. Christie’s sold a Picasso last year for $179 million–about five times what was paid for the same work in 1997. For the rich, a great work by the right artist has come to be seen as a surefire investment, and far more fun to look at than Berkshire Hathaway stocks.

Rothko is one of those artists. His No. 10 (above) sold for $82 million on the same night as the Picasso. And No. 6 (Violet, Green and Red) is the third most expensive painting ever sold publicly–now owned by a Russian fertilizer tycoon who paid $86 million and then asked police in Monaco to arrest his art broker for fraud and money laundering.

But the staggering sums involved have made it trickier to ensure that a painting is the real deal. Experts often decline to render a judgment for fear of being sued by enraged owners. The Pollock-Krasner Foundation, which used to authenticate Pollock’s works, now declines all requests. Likewise, the Andy Warhol Foundation for the Visual Arts spent $7 million defending one lawsuit, then closed its authentication board.

A painting’s worth is established in three ways: connoisseurship (what the experts say), provenance (the paper trail that traces the work back to the artist) and forensics (analysis of the materials). What makes modern works easier to forge is not that anybody can paint like an Expressionist: it’s that it’s much easier to create a plausible paper trail and to find the pigments, brushes and materials that are true to the era. As forensic analysis gets more sophisticated–using Raman microspectroscopy, X-ray diffraction, thermoluminescence or fingerprint analysis–so do the forgers’ techniques. Some even create pop-up labs to offer a favorable opinion.

With connoisseurs cowed, the odds of spotting a fraud grow ever smaller. One Swiss art-authentication lab opined that 50% of the art market–most of which is unregulated–is likely forged.

While that number may be high, rooting out the counterfeits is tough. “It is exceedingly rare for forgery cases to go to trial,” says Leila Amineddoleh, a lawyer who specializes in art fraud. “Owners are humiliated, and even if the work is genuine, the question mark affects its value.”

What are poor, insanely rich art collectors to do? Often they just quietly sell dubious pieces, thus perpetuating the cycle. One of Amineddoleh’s clients has come up with a different solution: buy only directly from artists. The work may never be as valuable, but at least owners know that their wall decoration is exactly what they think it is. 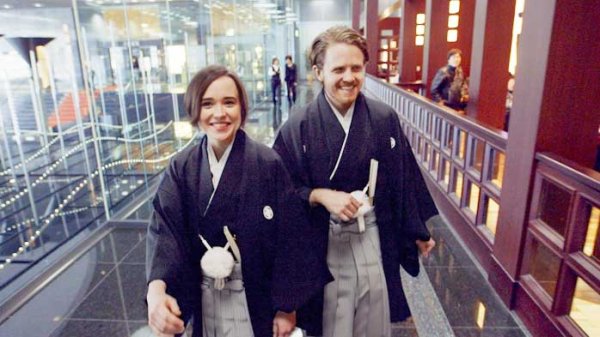 Review: A Vice TV Network Shows the Limits of Rebelliousness
Next Up: Editor's Pick