Review: A Vice TV Network Shows the Limits of Rebelliousness

Vice, the media conglomerate that styles itself as the place for the cool, the young and the new, has taken a seriously unhip turn. What began as a magazine in 1994–and now has a mammoth web presence and a surprisingly earnest HBO newscast–is taking over the cable-TV slot formerly held by History offshoot H2. On Feb. 29, Viceland debuts.

It’s a major development for Vice and one in which it is investing major resources: the Oscar-winning filmmaker Spike Jonze is the network co-president, and CEO Shane Smith has predicted that the Viceland team will appear on the cover of this magazine as “the guys who brought millennials back to TV.” But the fate of H2 and other recent washout channels like al-Jazeera America, G4 and Universal Sports Network makes the challenge painfully clear. To thrive in an overcrowded cable landscape, a network needs either a breakout hit (like AMC’s Mad Men) or a compelling reason to exist (like FX’s devotion to shock and, sometimes, awe). The new channel has attitudes borrowed from other Vice properties: irreverence, curiosity, fondness for controlled substances. But its Vice-iness tends to work against the potential hits.

The six shows Viceland will air in its first weeks may be unified in point of view, but their quality varies wildly. The rapper Action Bronson’s food series, F-ck, That’s Delicious, smacks of Vice’s worst conceit, the self-congratulatory presumption that being excited to go somewhere offers, in and of itself, meaningful insight about that place. The food is shot unappealingly, and the descriptions are worse: an uni bowl is “like a KFC mix bowl,” per Bronson and his entourage, while Jamaican food is “for your bowel movements.” Says Bronson: “It’s like I’m living out my dreams.” Good for him! Bad for us.

The calories provided by Viceland’s other offerings aren’t quite as empty, leaving aside Flophouse, a young-comic showcase with an aggressively amateurish vibe. Balls Deep, which explores the evangelical tent-revival scene in the South, feels a bit too impressed with itself for making discoveries about religious people that aren’t discoveries at all, but it’s an amiable watch. The music-documentary series Noisey has a genuinely engaging look at the Compton that Kendrick Lamar raps about and could end up filling the music-reporting space that MTV long ago left behind.

Very little on Viceland feels substantial enough for television. Flophouse and F-ck, That’s Delicious would work better as video clips; instead, they fill out their running time with cool-kid posturing. Gaycation, in which the actor Ellen Page travels to different countries to investigate LGBT rights, feels stretched to its limit too. While Page’s visits to Japan’s gay bars offer interesting cultural tidbits, there are too many stagily solemn bits of narration telling us how what we’ve just seen is outrageous.

Viceland is trying to appeal to millennials by being unlike TV in the ways millennials are unlike their parents: unmotivated one moment, moony over social justice the next. It’s no surprise that its standout show is Weediquette, on which host Krishna Andavolu puts Vice’s probing curiosity to work on a single issue: legalized marijuana.

Weediquette marries a welcome touch of visual wit (and Andavolu’s familiarity with pot) with genuine insight about social change. It’s proof, at least for one millennial viewer, that Viceland’s focus on using an old delivery system to tell stories in new ways has things backward. Weediquette would be good no matter what platform it ran on precisely because it represents the best of what TV can do. Hopefully, the rest of the channel will catch up. 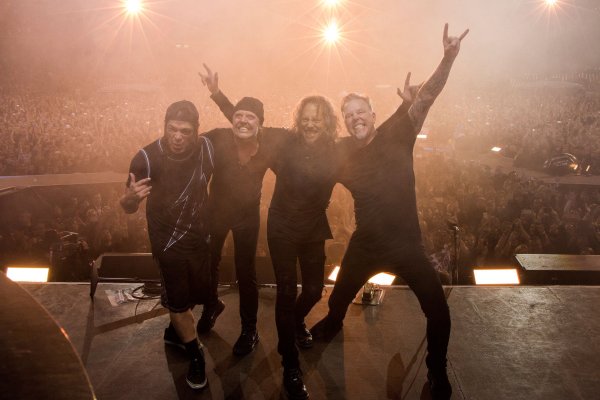 Metallica to Release Album for Victims of Paris Attacks
Next Up: Editor's Pick