An Afghan boy who became an internet sensation for wearing an improvised soccer jersey made from a plastic bag has been sent the real thing by FC Barcelona player Lionel Messi.

According to UNICEF, a package was sent to Afghanistan that included a ball and two of Messi’s teams’ jerseys, FC Barcelona and the Argentine National Team. All the items were also signed by the soccer star.

Pictures of Ahmadi, who lives in Afghanistan’s Ghazni province, went viral in January. In it, Ahmadi was seen wearing a blue and white striped plastic bag, similar to the Argentine national shirt, with ‘Messi 10’ written on the back in marker.

The images prompted a search for the boy’s real identity, followed by the Afghanistan Football Federation (AFF) saying that representatives of the Barcelona and Argentine national player had reached out to set up a meeting with Messi’s biggest fan. 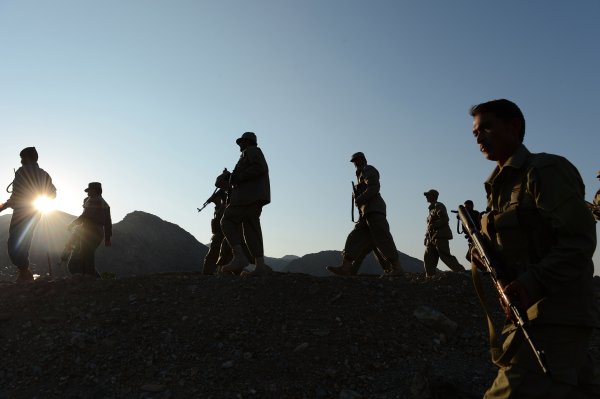 Taliban Kills 10-Year-Old Soldier in Afghanistan
Next Up: Editor's Pick