Debris of a Russian airplane is seen at the site a day after the passenger jet bound for St. Petersburg, Russia, crashed in Hassana, Egypt.
AP—AP
By Nash Jenkins

Egyptian President Abdel Fattah el-Sisi acknowledged Wednesday that terrorists were indeed responsible for the crash of a Russian airliner in the Sinai Peninsula in October, which killed all 224 people onboard.

Metrojet Flight 7K9268 — an Airbus A321-200 en route to St. Petersburg — disintegrated in midair less than a half an hour after leaving the airport in the resort town of Sharm el-Sheikh on Oct. 31. Within hours, members of the Islamic State of Iraq and Greater Syria’s (ISIS) affiliate group in Egypt publicly took responsibility for the attack, saying it had concealed a bomb in a soda can, the New York Times reported.

In the months afterward, Egyptian authorities were reluctant to blame terrorism for the crash, even as Russia and Western authorities concluded that a bomb had downed the plane.

On Wednesday, however, Sisi delivered a national address on Egypt’s development prospects, in which he made a pointed reference to “those who downed the flight.”

“What were they hoping for? Just to hit tourism?” The Times quoted Sisi as saying. “No, but also to hit relations. To hit relations with Russia.” 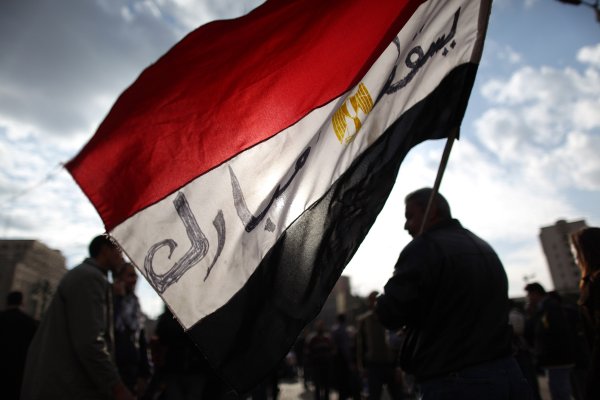 Egyptian Officials Mistakenly Sentenced Toddler to Life in Prison
Next Up: Editor's Pick