Syrian man walks along a street damaged by shelling in the neighborhood of Jobar, on the eastern outskirts of the capital Damascus, on Feb. 24, 2016
Abdulmonam Eassa—AFP/Getty Images
By Mark Rivett-Carnac

Syrian opposition group the High Negotiations Committee (HNC) said Wednesday it was ready for a two-week truce to test the cessation of hostilities planned by the U.S. and Russia.

The Saudi-backed opponents of Syrian President Bashar Assad released a statement that called the truce a “chance to establish how serious the other side is in committing to the points of the agreement,” according to Reuters.

But HNC objected to Russia being a guarantor of the truce, citing Moscow’s support of its longtime ally Assad, Reuters reported. Russia has been accused of bombing areas held by rebel groups fighting to overthrow the regime.

The agreement reached by Washington and Moscow on Monday calls for the Syrian government, armed opposition and “associated forces” to halt fighting, but excludes terrorist organizations Islamic State of Iraq and Greater Syria (ISIS) and the al Qaeda-affiliated Jabhat al-Nusra. All sides were asked to confirm their commitment by Friday with the ceasefire scheduled for Saturday.

Assad confirmed that he was ready for a ceasefire during a phone call with Russia’s President Vladimir Putin on Wednesday, describing it as an “important step towards a political resolution,” Al Jazeera reported. Putin is also said to have spoken with the leaders of Iran and Saudi Arabia.

Hope remains hesitant, however. A previous ceasefire, announced on Feb. 12, came and went without any end to fighting in the five-year civil war, which has killed more than 250,000 people, displaced millions and caused a humanitarian crisis.

The U.N.’s World Food Programme estimates about 500,000 Syrians are living in besieged areas. The aid group dropped 21 tons of humanitarian assistance for residents trapped in the besieged city Deir Ezzor, but it remains unclear whether the aid drop successfully reached its target. 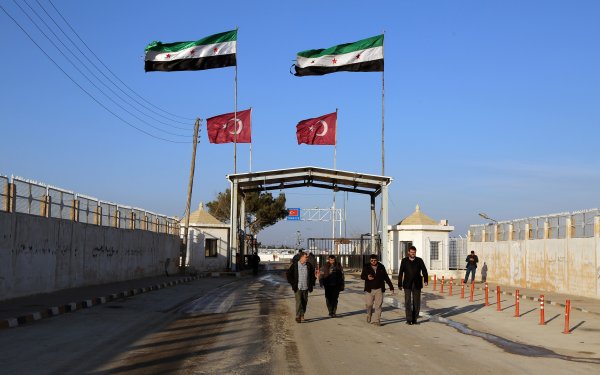 Syrian Refugees Trapped Between Turkey and Assad
Next Up: Editor's Pick