Metallica Will Release Album to Benefit Victims of Paris Attacks

Metallica have announced they will release a live album to benefit the victims of the Nov. 13 Paris terror attacks.

Profits will go to Fondation de France’s Give For France, a charity that raises funds for victims’ families and survivors of the coordinated violence that killed 130 people. It is titled Liberté, Egalité, Fraternité, Metallica!, echoing the French national motto of liberty, equality and fraternity.

All nine songs on the album were recorded live during Metallica’s June 2003 performance at the Bataclan concert hall, the same venue where terrorists with ties to the Islamic State of Iraq and Greater Syria (ISIS) killed 90 people when they opened fire during an Eagles of Death Metal concert in November.

Metallica plans to release the CD on April 16 for Record Store Day, an international initiative to support local music stores. 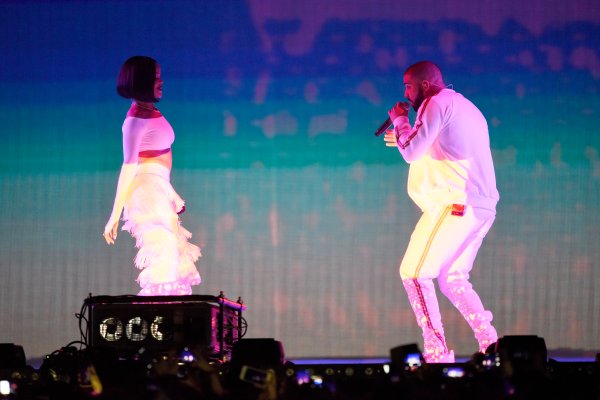 Rihanna Performs Work with Drake at the Brit Awards
Next Up: Editor's Pick