A fight is brewing between 2012 Republican presidential nominee Mitt Romney and Donald Trump.

Romney called into Fox News Wednesday saying the top three Republican presidential candidates should make their tax forms public and that Trump’s may contain a “bombshell.”

“We’re gonna select our nominee. We really ought to see from all three of these fellas what their taxes look like to see if there’s an issue there,” the 2012 GOP nominee said. “I think in Donald Trump’s case, it’s likely to be a bombshell.”

Romney, a co-founder of private equity company Bain Capital, came under pressure during the 2012 race to disclose his tax returns. The former nominee sought out Trump’s endorsement in 2012, resulting in a series of awkward public appearances with the now-GOP frontrunner.

Romney’s attack on Trump is reminiscent of a tactic used by Senate Minority Leader Harry Reid against Romney himself, when Reid accused Romney of failing to pay taxes for a decade.

“Mitt Romney, who totally blew an election that should have been won and whose tax returns made him look like a fool, is now playing tough guy,” Trump wrote. “When Mitt Romney asked me for my endorsement last time around, he was so awkward and goofy that we all should have known he could not win!”

Romney’s criticism comes as Trump has won three of the first four early voting states and as the Republican establishment is confronting the increasing likelihood that Trump will be its standard-bearer in 2016. Republican leaders are struggling for a way to halt Trump’s momentum. 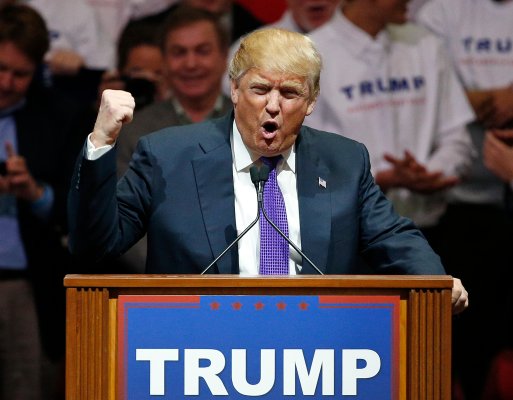 Nearly 20% of Trump Fans Think Freeing the Slaves Was a Bad Idea
Next Up: Editor's Pick