Google Is About to Make TVs Wildly Better

A reporter holds the new Google Chromecast during a special event at Dogpatch Studios on July 24, 2013 in San Francisco, California.
AFP—AFP/Getty Images
By Alex Fitzpatrick

Google’s Chromecast is one of my favorite gadgets that costs under $100. Plug it into a television’s HDMI port, and you can easily beam videos, webpages and other content from your computer or smartphone to your big screen.

I’ve been using my Chromecast so often that I’ve been wondering why my new TV didn’t have the tech built-in. I guess somebody’s been reading my tweets, because that’s exactly what’s happening: Variety reports that Google is working with television set maker Vizio to build Chromecast capabilities directly into the company’s TV sets.

The TVs, Variety says, could be out in the next few months. That’s a bummer for me, because I just bought a new Vizio for the Super Bowl. But it’s good news if you’re on the hunt for a new set, because it’ll mean you’ll get all the benefits of a Chromecast without sacrificing a precious HDMI port for one. 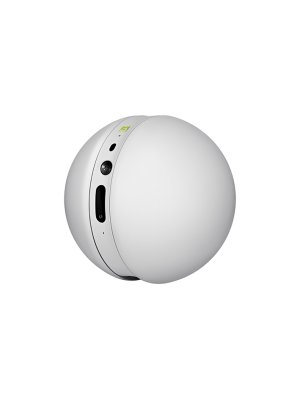 This Adorable Robotic Ball Can Tease Your Pet When Your Not Home
Next Up: Editor's Pick