Republican presidential candidates will square off Thursday night in their last debate before the Super Tuesday primaries.

CNN and Telemundo will host the debate, making it the first sponsored by the Republican National Committee to air on a Spanish-language network. The debate will stream online, without requiring a cable subscription.

After victories in South Carolina and Nevada, Trump remains the frontrunner. For now, the other candidates have mostly trained their fire on each other in hopes of narrowing the race to two candidates. 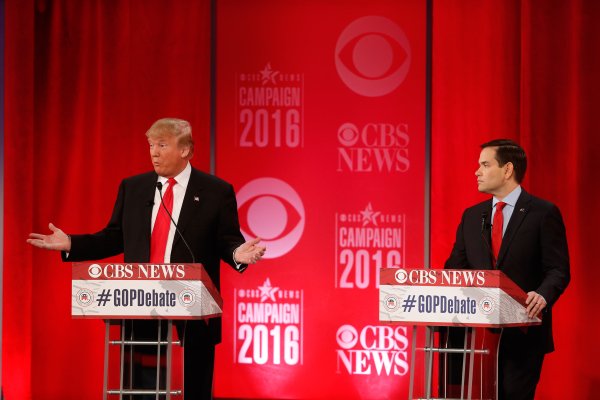 Trump Struggles at Debate Before South Carolina Primary
Next Up: Editor's Pick