Here Are All the Stores That Have Banned Hoverboards

A boy poses as he rides a hoverboard, which are also known as self-balancing scooters and balance boards, on October 13, 2015 in Knutsford, England.
Christopher Furlong/Getty Images
By Ben Geier / Fortune

If you’re looking for a hoverboard, the ineptly-named but still pretty cool hip new way to get around, then try somewhere other than Target.

The retailer has stopped selling the transportation devices due to safety concerns, reports Mashable. Just last week, the United States government declared that hoverboards were unsafe. Problems have come up recently with hoverboards catching on fire, obviously not what you want, especially considering many hoverboarders are kids.

A Target spokesman told Mashable that the safety concerns were the reason hoverboards were no longer for sale: “We take product safety very seriously at Target and are proactively working with our vendors to ensure they are compliant with the new safety standards and hoverboard certification protocol provided by the Consumer Product Safety Commission.”

Target never sold the products in its stores, so the decision only impacts the company’s online business. 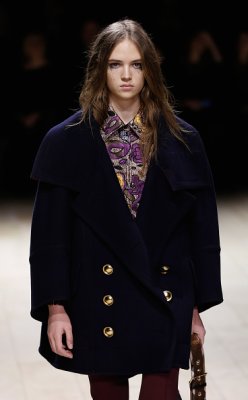 Burberry Will Let Consumers Buy Products Straight off the Runway
Next Up: Editor's Pick