“Donald Trump has clearly demonstrated that he has both the guts and the fortitude to return our nation’s jobs stolen by China, take on our enemies like ISIS, Iran, North Korea and Russia, and most importantly, reestablish the opportunity for our children and grandchildren to attain the American Dream,” Collins said in a statement reported by The Buffalo News.

“If we want to get our nation’s economy growing again and deal with the daunting fiscal issues threatening America’s future, it’s time to say no to professional politicians and yes to someone who has created jobs and grown a business,” Collins said, referring to Trump’s business background.

“We don’t need a policy wonk as president. We need a leader as president,” Hunter said Wednesday in an interview with Politico.

“I think you have more Trump supporters in Congress. They just have to come out of the closet, so to speak,” he said.

Their support, which comes a day after Trump’s easy victory in the Nevada caucuses, represents some of the first mainstream Republican endorsements for Trump. 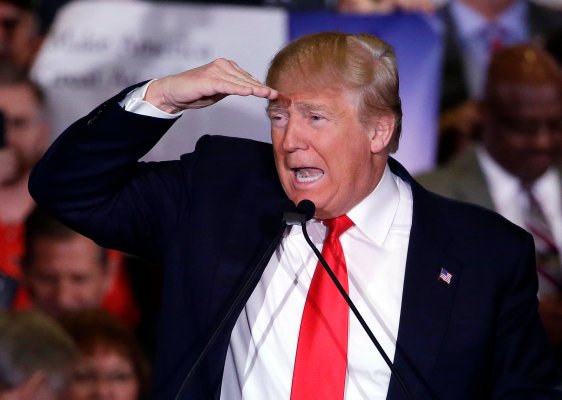 The Real Story Behind Donald Trump's Pig's Blood Slander
Next Up: Editor's Pick