Google's Newest Robot Looks Ready to Take Over the World

Google-owned Boston Dynamics released a video Tuesday of the latest version of Atlas — the humanoid robot that walks upright. It displays astounding balance and nimble footwork, for a 5 ft. 9 in., 180 lb. machine.

Atlas can open doors, hike through snow and stack boxes. It can even stand up to bullies. In one test, a scientist pushes Atlas in the chest with a hockey stick, but the robot catches its balance before tumbling. When the robot is eventually toppled, Atlas can stand back on its own two feet, ready to tackle the next door, box or winter stroll. 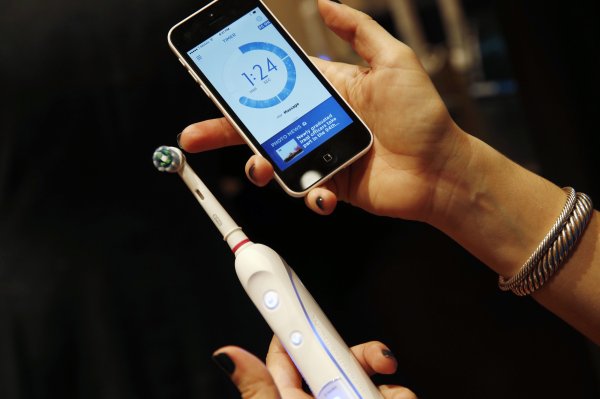 There's Now an App to Help You Brush Your Teeth Better
Next Up: Editor's Pick