Destroyed trailers and vehicles are all that remain of the Sugar Hill RV Park after a suspected tornado hit in Convent, La., Feb. 23, 2016.
Max Becherer—AP
By NBC News

A damaging storm system that spun off multiple tornadoes in Louisiana and Mississippi killed at least three people and critically injured at least seven more as it moved through the South, with more twisters likely to come Wednesday along the Gulf and Atlantic coasts.

Two people were killed as a tornado touched down near the Sugar Hill RV Park northwest of the town of Convent. At least 30 people were treated at hospitals, seven of them in critical condition, said Brandon Keller, a spokesman for the St. James Parish Sheriff’s Office… 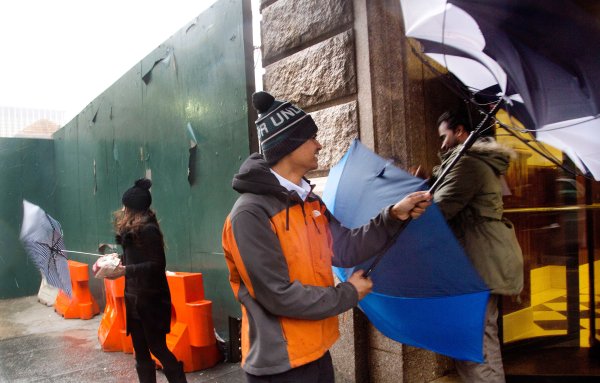