Holly Holm on Ronda Rousey's Suicidal Thoughts: 'I Would Never Get That Low After a Loss'

After Ronda Rousey said last week that she considered killing herself after losing her bantamweight title and undefeated record to Holly Holm at UFC 193, Holm told MMAjunkie that a loss would never upset her that much.

“For me, I would never get that low after a loss,” Holm said. “Maybe I’m a selfish person, but I just think I want to get back and win for me. It’s frustrating. You deal with a lot of doubt in your mind and maybe I’m not as good as I thought I was. Obviously those are the questions that go through your mind, but you have to be honest with yourself and think, ‘Maybe not. Obviously you need to get better because this fighter was better than you tonight.’”

Holm knocked out Rousey in the second round of their November fight, handing Rousey her first loss in 13 professional contests. Holm’s MMA record is now 10–0.

Though Holm said she had never felt that level of depression after a loss, she did clarify that she understood the gravity of Rousey’s statement.

“I keep wanting to make sure everyone knows I don’t take anything like that lightly, it’s a very serious subject,” Holm said. “I’ve never been in that position. I’m probably the worst person to ask for advice on that. I definitively don’t want to sit here and feel sorry, because I know for me, I have a competitive mind, and I’m confident Ronda is the same, that you don’t really want sympathy from the one that like created this. That almost makes it even more frustrating.

“I do hope that obviously she never really entertains that.”

Holm and Rousey are expected to fight again later this year. 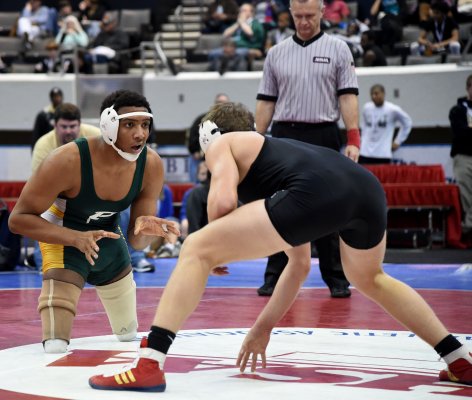