Yes, There Is Life in Space—Deal With It

Anyone out there? Oh yeah, more than you think
NASA, ESA
By Jeffrey Kluger

No one has ever discovered life in space, and given the enormity of the universe and our tiny, modest place in it, it’s entirely possible no one will—either in our lifetimes or for many lifetimes to come. But never mind, because life is out there—indeed, it’s everywhere, simply because chemically and mathematically it has to be there.

That’s increasingly the view of investigators studying the science of exobiology—also known as astrobiology, also known as just plain ET. There’s good reason for that kind of investigatory optimism. Water, we now know, is everywhere in the cosmos, on planets and moons, in the matrix of asteroids, swirling through interstellar space itself. Hydrocarbons—the basic molecular stuff of life—are ubiquitous too, as are more complex amino acids.

And while we once knew of only the eight planets in our own solar system, in just the past 20 years, scientists have discovered thousands more orbiting other stars in our galaxy. Our sun is just one of those 300 billion stars, and there are perhaps 100 billion more galaxies in the universe. That’s not a sample group of infinity, but it’s a huge one all the same. If biological chemistry is everywhere and the planets on which it could play out are as well, there’s little reason to believe the magic would happen only on Earth.

“The universe is hardwired to be an organic chemist,” Scott Sandford, an astrobiologist at the NASA Ames Research Center near Silicon Valley, told me for a story in a recent issue of TIME. “It’s not a very clean or tidy one, but it has really big beakers and plenty of time.”

Not everyone agrees with that view, but like it or not, it’s becoming—if it hasn’t already become—the majority position.

What do you think? Weigh in on Twitter with your thoughts and questions and I’ll discuss them on the next episode of my new Time podcast, It’s Your Universe, (available on iTunes and Stitcher), which each week takes you on a tour of a new destination in our solar system. We’ve so far visited Mercury, Venus, Earth, Mars, and Jupiter. On Thursday, March 10, we’ll stop and consider the case for life in the cosmos at large. 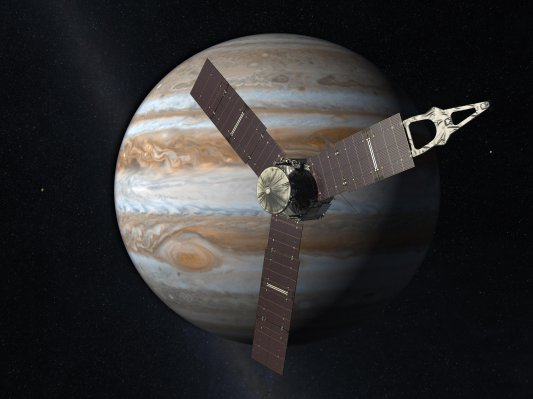 Why an American Spacecraft Is Almost at Jupiter
Next Up: Editor's Pick