Japan Is a Disturbing Cautionary Tale for America and the World

If ever there was a country that illustrates the bizarre economic conditions the world finds itself in, it’s Japan.

Usually, when a country’s central bank cuts interest rates, its currency weakens on the global stage, making it easier to sell goods and services abroad as well as providing incentives for banks to lend. Both are supposed to increase economic growth. Except nothing is working like it’s supposed to these days in the global economy, and Japan is the number one case in point.

For years now, the country has had interest rates hovering near zero. Recently, policy makers decided to go a step further and cut them into negative territory in order to stimulate the economy. This was intended to generate new tailwinds for “Abenomics,” the much lauded plan developed by Japanese prime minister Shinzo Abe to try to end his country’s two-decade stagnation and bring it back to more robust growth. The problem is that almost immediately after Japanese central bankers cut rates, the currency didn’t weaken, but rather, strengthened. Meanwhile, the Japanese stock market, which is relatively cheap compared to other developed countries, fell. Banking stocks in particular—which likewise are quite sound compared to many other parts of the world like the EU—got hammered. So much for conventional economic theory.

What’s going on here? Is this the end of Abenomics? And more importantly, does Japan hold lessons for the rest of the world? The answer is yes.

For starters, Abenomics was never really what it was cracked up to be. Abe’s plan boasted “three arrows” of change: First, a stimulating monetary policy in the form of low rates and “quantitative easing” or asset buying of the kind that the U.S. Federal Reserve did successfully in the wake of the 2008 economic crisis. Second was fiscal reform, including tax reform. Third, and perhaps most vital, was structural and corporate reform. Despite high levels of education and worker skills, Japan still has a highly regulated and insular corporate sector, which makes it tougher to raise productivity and wages, both of which are crucial to increasing growth.

The problem is that only one arrow in Abe’s quiver was ever really loosed: monetary policy. As in many other parts of the world, the sugar high of easy money actually made governments and companies less likely to do the hard work of fiscal and structural reform. They didn’t have to, because for some time now they’ve been able to rely on cheap money rather than real, underlying innovation and growth to keep the economy afloat.

Now, the high is turning into a crash. As a recent BNP Paribas analysis put it, “Interest rates in Japan are so extremely low that further reductions will only have a marginal impact on the spending behavior of corporations.” Easy monetary policy not only in Japan, but in many other parts of the world, has had diminishing returns. In fact, negative interest rates are even starting to harm, rather than help, the Japanese economy.

As BlackRock global chief investment strategist Russ Koesterich puts it, “negative rates imposed by the central bank are being seen as a tax on the banking system.” Banks simply can’t make money on deposits these days. Rather than trying to lend more to compensate, they are simply battening down the hatches and making credit less available and more expensive. That, of course, makes it harder for businesses to raise new capital, invest and grow.

Why anyone thought this would be different always amazes me: for most global banks, trading, not lending, has been the business model of choice of late. There’s no reason to think that would change in an economic downturn; quite the opposite, since lending isn’t all that profitable compared to trading.

For Japan, the result of all this is as clear as it is discouraging: more stagnation. The country’s real GDP contracted yet again in the fourth quarter of last year, and there’s little reason to think things will get better in lieu of major fiscal or structural reform. This scenario holds important lessons for the rest of the world. The U.S., the E.U., and even China have been and continue to rely on monetary policy to buy time for policy makers to make real changes in underlying economic models. Thing is, that involves the hard work of reaching broad agreement around issues like tax and financial reform, debt management, corporate governance and so on.

Japan is a cautionary tale about what happens when economies rely on easy money but don’t follow through with the hard work of real reform. It’s a tale American policymakers should look at closely. 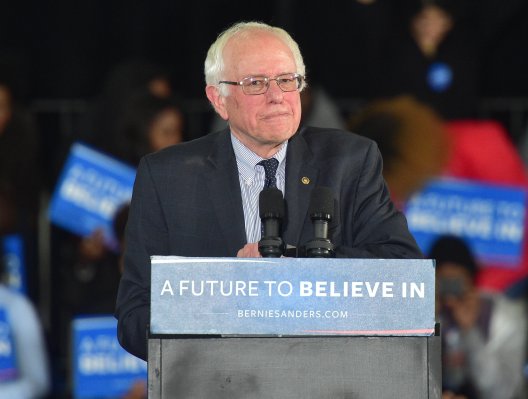 This Controversial Professor Says Bernie Sanders Will Save the Economy
Next Up: Editor's Pick