Filmmaker Spike Lee endorsed Bernie Sanders for president on Tuesday in a radio spot that will air in South Carolina ahead of Saturday’s Democratic primary in the state.

“Wake up, South Carolina. This is your dude, Spike Lee. And I know that you know the system is rigged,” he says in the post. “For too long we’ve given our votes to corporate puppets. Sold the okie-doke. Ninety-nine percent of Americans were hurt by the Great Recession of 2008, and many are still recovering.”

Lee endorsed President Barack Obama in his 2008 and 2012 campaigns. His endorsement of Sanders comes as the Vermont Senator has sought to court black voters, who make up a significant portion of Democratic primary voters in South Carolina. Sanders’ opponent Hillary Clinton has held an edge among minority voters.

“When Bernie gets in the White House, he will do the right thing,” Lee says in the ad, referencing the 1989 film he directed. “How can we be sure? Bernie was at the March on Washington with Dr. King. He was arrested in Chicago for protesting segregation in public schools.” 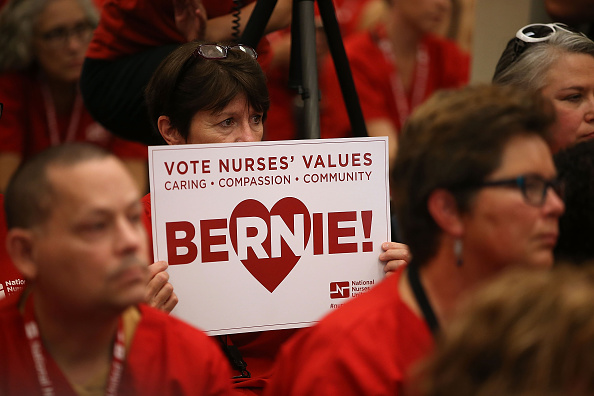