China struck a defiant tone Monday regarding its activities in the contentious South China Sea region, just before the country’s Foreign Minister travels to the U.S. for talks this week.

An official from the Chinese Foreign Ministry said China’s apparent deployment of missiles on one of the region’s islands should not be a “pretext to make a fuss” and compared it to the U.S. defending its territory on the islands of Hawaii, Reuters reported.

“China’s deploying necessary, limited defensive facilities on its own territory is not substantively different from the United States defending Hawaii,” ministry spokeswoman Hua Chunying said during a briefing.

“The U.S. is not involved in the South China Sea dispute, and this is not and should not become a problem between China and the United States,” she added.

Chinese Foreign Minister Wang Yi will visit Washington later in the week, where he is scheduled to hold talks on a range of issues with U.S. Secretary of State John Kerry. The U.S. will attempt to “press China to de-escalate and stop its militarization” in the region, State Department spokesman Mark Toner said during a routine briefing.

Ever present tensions in the South China Sea have escalated in recent weeks, with the U.S. and China trading barbs over the latter’s alleged deployment of missiles on an island also claimed by Taiwan and Vietnam. The Philippines, Malaysia and Brunei also assert rights over various parts of the region — a key international trade route — although China continues to insist the waters constitute its sovereign territory.

The U.S., meanwhile, said last week that it would not stop its frequent navy patrols in the region’s waters, an act that China has repeatedly slammed as an undue provocation. 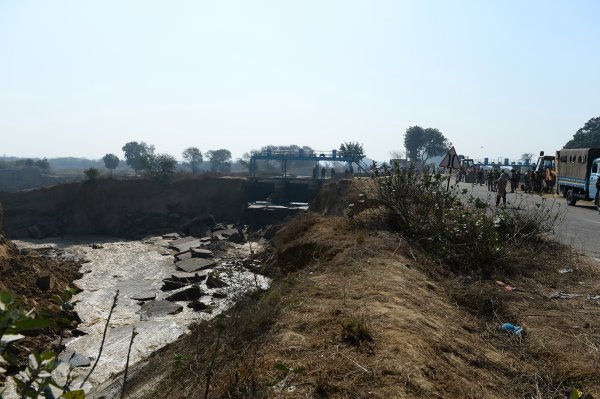