None of the six people killed in Michigan Saturday by Uber driver Jason Dalton were his passengers, but the shooting spree has brought a fresh round of scrutiny to how the fastest-growing startup in history vets its drivers.

Uber says that its screening process didn’t turn up any criminal record for Dalton before he was cleared to begin picking up passengers in late January, a finding confirmed by the Kalamazoo County prosecutor. “A background check is just that,” said Ed Davis, a former Boston police commissioner who serves on Uber’s Safety Advisory Board, which counsels the company on security matters. “It does not foresee the future.”

Uber’s vetting process, which the company says it will not change following the latest shootings, relies on checks performed by third-party vendors. An applicant remotely submits information like their name, address, social security number, bank details and insurance information. Then databases are scoured for evidence of past convictions or other red flags, and sometimes the company will send someone to manually review county courthouse records. “No system of background checks is ever going to be perfect, whether you’re using what we use or fingerprinting,” Uber spokesperson Rachel Whetstone said on a conference call Monday. “We think that our background checks are incredibly robust.”

Asking for fingerprints as part of a background check is typical for the taxi industry and a requirement in many cities, such as Houston and San Francisco. Though the extent of the requirement is hard to track because taxi companies are typically subject to different regulations in every area, University of Missouri—St. Louis transportation professor Ray Mundy estimates that in 75% of local jurisdictions, the most common practice is for aspiring taxi drivers to get background checks that involve fingerprinting and are carried out by law enforcement. “One is vetted,” Mundy says, “and one is vetted well.”

Mundy says those differences make the typical rider safer in a cab than the personal car of a person giving rides for companies like Uber and its leading rival, Lyft. Additionally, he says that while private-company checks often go back about seven years, law enforcement fingerprint checks tend to cover all manner of sins going back a quarter century. It’s not uncommon for certain teachers, childcare providers, airport workers and others in fields that require a degree of public assurance to undergo similar screening.

Disputes over Uber’s screening process have led to legal action. In August, the San Francisco District Attorney filed a civil consumer complaint against the company, alleging it has made “false and misleading statements [that] are so woven into the fabric of Uber’s safety narrative that they render Uber’s entire safety message misleading.” In particular, the complaint takes issue with phrases like “safest ride on the road” and claims that the company’s background checks set an “industry leading” standard. (The case is pending.)

The complaint also makes a more basic criticism of background checks that don’t involve fingerprinting: if no one is showing up to submit biometric information, there’s no definitive assurance that the information being researched actually pertains to the person driving the car.

Read More: See How Big the Gig Economy Really Is

Both Lyft and Uber have said that asking their applicants to get fingerprinted is burdensome. Experts say that the process does tend to be slower than submitting information to third-party vendors through the Web, although the lag can be as short as a day or two. At a moment when these companies are in great competition to lure drivers to their platforms and get them on the road quickly—both so people can start earning money right away and so that users of the app are more likely to get a ride—that has led to criticisms that ride app companies are more concerned with scaling fast than surely. Such companies are “in a big hurry to get these drivers on the road,” Boston Police Commissioner William Evans told the Boston Globe in January, amid a push by the Massachusetts Chiefs of Police Association to mandate fingerprint checks for all drivers.

Still, Uber representatives Monday were insistent that the deadly shooting should have no bearing on their safety protocols. Joe Sullivan, the company’s chief security officer, said Uber has no plans to launch a U.S. version of the “panic button” that Uber started testing last year in parts of India after passengers were assaulted by drivers. “911 is the panic button for the United States,” he said, adding that a “panic button” in the app could lead to confusion about who to contact in an emergency.

The company also used the conference call to express condolences for those affected by the shooting, saying that news of it left employees “shocked and devastated.” And one member of Uber’s safety board suggested that the scrutiny may be misplaced. Margaret Richardson, a former chief of staff for Attorney General Eric Holder, said that rather than focusing attention on one company that one shooter worked for, the media and the nation might be better served if that focus shifted to topics like the “availability of guns” and guns getting “in the hands of people who shouldn’t be able to have such easy access to them.” 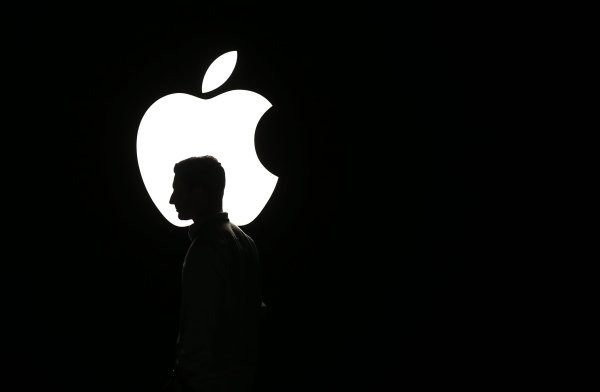