How to Keep Companies Honest About Fighting Climate Change

Going green is the latest corporate trend—but it can be tough to separate the companies that are actually making major environmental commitments from those that are just giving lip service to the cause.

Now that Walmart, Google, Goldman Sachs and other international corporations have pledged to cut their carbon footprint—commitments that would have been almost unimaginable a decade ago—climate leaders are turning their attention to the next challenge: ensuring that companies follow through on their promises. That’s the aim of a new effort spearheaded by the U.N.’s recently appointed climate champion, French climate change ambassador Laurence Tubiana. She hopes to build a system that measures corporate efforts to address climate change, with non-governmental organizations playing a role as fact checkers.

“All sorts of institutions have registered their various commitments,” says Mark Kenber, CEO of The Climate Group, an advocacy group that works with dozens of corporations. “Some of those were real commitments and some of those were high level ‘we’ll think about doing something.’ How do we find a common set of methodologies and monitoring, verification and reporting systems so things can be compared?”

Tubiana, a key figure at the Paris climate conference in December, is still determining the form of the future transparency system, but here’s how climate policy experts say you should evaluate a corporate climate commitment:

Strong climate commitments should be approved at a company’s highest levels with consent of the board of directors. Such high-level commitment helps ensure that the company leadership sees addressing global warming as a key part of the corporate strategy and will be less likely to abandon commitments on a whim.

Companies should also make their goals concrete and offer a plausible path to meet them. That means an assessment of where across the supply chain—including in transportation and products purchased from outside vendors—carbon emissions come from and a plan to address those specific issues. And, while reasonable goals may only extend a decade or so into the future, companies should have a plan to reassess and strengthen them going forward.

“Good environmental management is good business management,” says Tom Murray, who runs the corporate partnerships program at the Environmental Defense Fund. “A big part of that is setting big goals and delivering on that.”

Perhaps most importantly, climate policy experts say companies should report on their progress transparently and offer a way for external experts to verify the information. In some ways, outside verification is easy. Top-tier accounting firms like Deloitte and KPMG have developed methods to audit companies’ sustainability efforts. But the audits come with a hefty price tag, and companies are often unwilling to add to their bottom line without a strong business incentive.

Once a transparency system has been implemented, and companies begin to comply, policy experts will gain a sense of how much progress has been achieved by the private sector toward cutting greenhouse gas emissions. One estimate from the Climate Group suggests that a commitment from the world’s 1,000 biggest companies to go 100% renewable would result in a 15% global reduction in carbon emissions. Around 50 companies have signed up already, including a slew of household names like Johnson and Johnson, Starbucks and Microsoft.

Just a decade ago, opposition to new regulation from corporate leaders made it difficult to address climate change. Some companies allegedly went as far as obscuring evidence supporting the existence of climate change.

Today, corporations are more likely to take on carbon emissions as a serious issue. They’re partly motivated by the strong argument that climate change could wreak havoc on the global economy, destroying the markets that many companies need to sell their products and services. A 2015 report from financial services firm Citigroup found that keeping temperature rise to 2.7ºF (1.5ºC) instead of 8.1ºF (4.5ºC), the do-nothing scenario, in the coming decades would minimize global GDP loss by $50 trillion. Companies have also realized there’s a lot to be gained from switching to low-carbon technologies, including a long-term reduction in energy costs.

“Right now we’re seeing companies step up and be supportive of climate policy in a way that I think is new and goes beyond what they’ve done before,” says Murray. “If you think about leadership being a curve, people are working their way up it.” 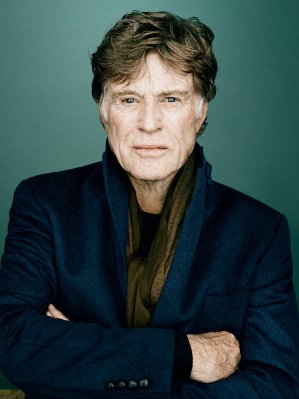