Facebook has teamed up with Nokia, Intel, and several telcos to create an open source hardware and software platform for the telecommunication industry designed to make it easier and faster to build communications networks. The program is modeled after a similar effort the social network created five years ago for its data center.

If successful, the project will help operators build networks using a more modular approach, but it will also change the economics of telco equipment providers such as Ericsson and Cisco .

Facebook is proposing the Telco Infra Project, or TIP. The goal is to build open source hardware and software that will cover the three elements of a telecommunications network: The access, the backhaul and the core. Access is how a phone or a computer gets online in the first place and includes elements like the base stations and cell towers. The backhaul is how the signals from the devices get onto the Internet itself, and includes fiber access or even copper or microwave, depending on the situation. Once it gets to the Internet, those data packets have to get where they’re going and be counted appropriately on the cellular network for billing or application purposes (things like traditional text messages are still routed differently than WhatsApp messages). This happens in the core.

That’s telecom 101, and, because it’s a system that has been built up over a century, it’s a mish-mash of complicated gear and proprietary software holding it all together. However, the Internet, and particularly the evolution of services that go over the top of carrier networks using data connections, have threatened the carrier’s business models. It’s hard to charge people 20 cents per text, for example, when Facebook Messenger or WhatsApp are “free” with a data plan.

The proprietary, cumbersome, and expensive mess of gear is holding carriers back. It raises their costs, keeps them from innovating quickly and forces their executives to fear becoming a dumb pipe.

The solution for carriers has been to turn to cloud providers for inspiration. The big question for the telecommunications carriers is whether they can turn fast enough—and whether their vendors will move with them. For example, this shift in underlying infrastructure is behind AT&T’s move to adopt software-defined infrastructure. That infrastructure will hopefully give Ma Bell more flexibility to deliver services without having to manually change out its gear, and also helps it simplify the overall network design. As part of AT&T’s plans to build this new type of network, it announced last week that its SDN efforts were 5.7% complete in 2015 and would be 30% complete by the end of 2016. It plans to roll out its next-generation wireless network using equipment from Ericsson and Intel.

Facebook’s TIP has a similar goal to AT&T and is even working with Intel. Other partners include Deutsche Telekom, Nokia, SKTelecom and Globe Telecom.

Facebook hopes to create a more simplified network architecture using modular components that combine hardware and software. This would replace the expensive, proprietary gear that underlies telecommunications networks today. Facebook calls the efforts open, but there will be licenses involved, simply because the telecommunications world is far more complicated than the world of building servers, where Facebook has experimented with open source hardware before.

In April 2011, Facebook launched the Open Compute Foundation, an effort to build open source servers. At the time the goal was to help eliminate much of the unnecessary stuff that the server makers put on servers that Facebook felt added costs in terms of components and power draw. For a company like Facebook, which had tens of thousands of severs, $2 in extra components costs added up. A year ago, the company said investing in open source servers had saved it more than $2 billion.

What was good for Facebook and other big buyers of server gear was less of a win for the makers of the boxes themselves. While Dell and HP were on board as Open Compute partners from the get go, it’s no secret that the margins of building bare bones servers for the most demanding buyers are slim. Dell has made a go of it, while HP has struggled. As Facebook tries to bring this model to the telecommunications world, which has seen its business hurt by consolidation as well as the recent move to more open systems, things are about to become brutal.

So far, of the equipment vendors only Nokia is a member of TIP, leaving out the two largest telco equipment vendors Ericsson and Huawei. Ericsson did just join the Open Compute Foundation, the open source server project, which also counts Nokia as a member. Nokia has less to lose by becoming involved in any effort to build modular telecom gear. That was already a move that Alcatel-Lucent, the company that Nokia merged with, was veering toward. However, for other providers of gear, who tend to sell their equipment as a highly integrated system, modularity represents a threat.

Being able to pick and choose from a variety of vendors creates competition for the various elements of the network, where it didn’t really exist before. Axel Clauberg, a VP of aggregation, transport, IP & fixed access at Deutsche Telekom AG, said via email he’s looking forward to the lowered costs and potential boost in efficiency.

As for existing vendors, Clauberg says of including companies such as Cisco and Juniper (whose gear is also likely to be hard hit by this initiative), “We are expecting similar changes as they already happened within the data center. While this impacts existing players, it also creates large opportunities.”

So far Facebook working with Globe has created the first pilot network using the TIP gear in a small village in the Philippines, and Jason Taylor, VP of infrastructure at Facebook, estimates that more networks will be tested later this year. Carriers will likely reap the benefits of having this level of modular design first, although the savings may not be as drastic as what happened in the data center because of the level of complexity that telecommunications infrastructure requires.

The equipment vendors that move quickly to reduce their costs and adapt to build products for the TIP will have an easier time than those who ignore it as a flash in the pan or something that won’t have much an impact. One question worth pondering is how far the TIP efforts will extend. When Facebook introduced the Open Compute Project, it was mostly adopted by the companies that operated giant data centers and those in the financial service industry. Server makers still could count on enterprise clientele to buy their fancier boxes at higher margins. But the telco equipment market has a much smaller group of buyers.

So it’s not clear if there will eventually be a bifurcation of buyers who will adopt the Facebook’s Telco Infra Project while others steer clear. Even those who don’t play along are likely to adopt the principles of modularity and flexibility through software-defined architectures and buying gear from companies that support true interoperability. That’s why vendors like Cisco and others have been leery about the threat of open source switches, Open Flow, and other elements that have been forcing the network world to open up and embrace interoperability between vendors and their gear.

With TIP, Facebook is basically creating a framework and consortium to ensure that interoperability happens without all of the FUD and games that typically happens in an industry that is long overdue for a change. The fact that Facebook has convinced Nokia and several carriers to get involved is a great first step and one that makes TIP worth watching. If I were Cisco, Ericsson, Huawei or Juniper, I’d be looking over my shoulder. 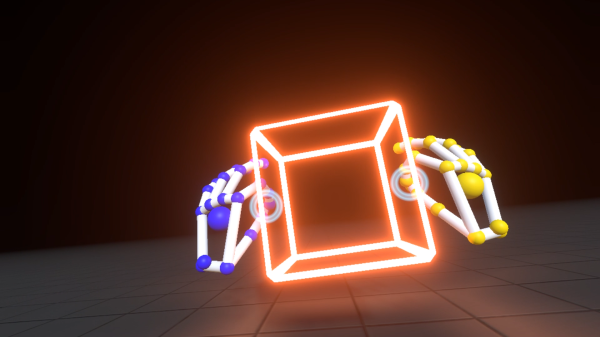 This Startup Gave Me a Hand in Virtual Reality
Next Up: Editor's Pick