No, the Apollo 10 Astronauts Didn't Hear 'Alien Music' Behind the Moon

Too busy for music: The Apollo 10 command module, photographed in lunar orbit from the lunar module.
NASA
By Jeffrey Kluger

If you didn’t have to puzzle too hard over that one, you probably aren’t surprised at all by the attention being paid to a late-breaking, “newly declassified” story that the Apollo 10 astronauts heard alien music through their headsets when they were on the far side of the moon in 1969 and kept the story buried all these years.

Let’s start with the most important fact: This isn’t true, as in it’s made up, as in it’s nonsense. And the good thing is, you don’t have to believe me. You can take it from from Gene Cernan, the Apollo 10 lunar module pilot, who unlike all of the Internet chatterers, was actually aboard the spacecraft when the supposed music started streaming in.

“Forget the UFOs,” Cernan told TIME. “We took a cassette tape recorder quite simply to play our favorite music which we also played for the ground a time or two. Maybe that was it. It would be interesting to know where this all started.”

The best place to begin figuring that out is with the most tantalizing part of the ostensible scoop—the “newly declassified” part. The story is based on cockpit conversations transcribed from what NASA formally called the Data Storage Equipment (DSE) and less formally called the “dump tapes.” These were cockpit recordings made of the astronauts’ conversations from the moment of liftoff to the moment of splashdown (with their knowledge, of course). The dump tape recordings were far more coarse and candid than the more familiar air to ground transmissions, which were generally kept clipped and clinical, with the language well-scrubbed for the global audience that was listening in.

For that reason, the transcripts of the recording were indeed kept classified—but only until 1976. I read many of the DSE transcripts, which were readily available, when I was writing the book Apollo 13—in 1992.

(The entire Apollo 10 transcript is available from NASA here, as are the transcripts of all of the Apollo missions except Apollo 13 because the recording equipment had to be shut off along with most of the spacecraft’s other systems to save power after the on-board explosion crippled the ship.)

It is true that the Apollo 10 astronauts did hear something they could not quite explain cutting through the crackle in their headsets when they were on the far side of the moon. It is true too that they called it “music,” though only in the way a whale call is described as a song because of its rising and falling tones. (In the transcript, command module pilot John Young describes what they’re hearing as “a whistling sound,” and lunar module pilot Gene Cernan imitates it as “whoooooo,” which is not exactly the kind of song you wind up getting stuck in your head and singing all day).

What they were actually hearing is more prosaic than an alien download. NASA communications have long been a crackly, imperfect thing. When Apollo 8 became the first manned mission to the moon just five months before Apollo 10 followed, NASA wasn’t even certain that a communication system designed for low-Earth orbit would function at a remove of 230,000 miles. Things got even more complicated on Apollo 10 because it was the first time two manned spacecraft were used in the vicinity of the moon—both the command-service module and the lunar module—and they used two different antennae and communications systems.

What’s more, at that time, the far side of the moon was still very much terra incognita. On the one hand, it’s very radio-quiet because transmissions from Earth can’t make it through the vast intervening bulk of the moon. On the other hand it’s radio-noisy because ambient static from the storm of electromagnetic frequencies streaming in from deep space suddenly become audible. When you’re staying in a house deep in the woods and you turn off the television to go to bed, things don’t go completely silent. The TV noise is simply replaced by the chirping of crickets and the rest of the nighttime soundtrack.

And as for the Apollo 10 astronauts not wanting to tell NASA what they were hearing? Well, if you were an Apollo astronaut, you wouldn’t either. Nearly every man aboard every one of the Apollo ships had dreams of making a lunar landing one day, but there were many more aspiring moonwalkers than there were open seats. Just one flight before, Apollo 9 astronaut Rusty Schweickart found himself grounded when he reported that he had suffered from serious motion sickness while he was aloft. It was—and remains—a problem for about half of all astronauts, but Schweickart was the first one to admit it. Imagine what the Apollo 10 crew feared they’d face if they reported hearing hallucinatory music.

The fact is, the Apollo 10 crew flew true and flew well and, as they still like to say, painted the white line from Earth to moon that Apollo 11 was able to follow just four months later for the first lunar landing. That may not make as flashy a headline as a tale abut alien music does but, as the timeless saying goes, it has the benefit of being true. 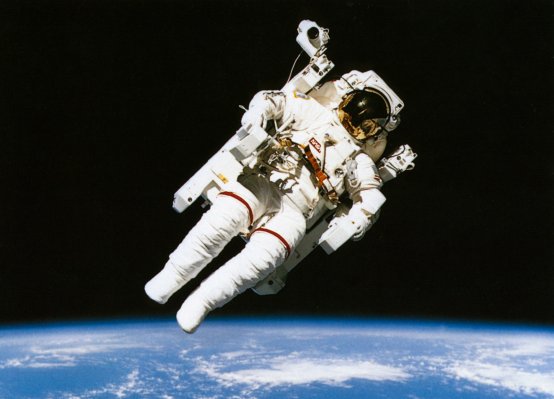