El Chapo's Wife Says She Fears for Her Husband’s Life

The wife of Mexican drug kingpin Joaquin “El Chapo” Guzmán said she fears for her husband’s life now that he’s back behind bars following his brazen prison escape.

Emma Coronel Aispuro, a former beauty queen, said she believes her husband is being punished in Antiplano prison, where he is being held since he was recaptured in January after spending months on the lam, according to Telemundo. “I fear for his life. We don’t know if he is eating well. We don’t know what his situation is because we haven’t seen him,” she told the Spanish-language broadcaster in an exclusive interview Sunday.

“They want to make him pay for his escape. They say that they are not punishing him. Of course they are,” she added. “They are there with him, watching him in his cell. I think that all human beings have the right to have at least the basic things — they are not giving that to him.”

El Chapo has been subjected to “physical and mental torture” behind bars, his lawyer said last week. “He told me, literally, ‘Every two hours, at night, they wake me up to take roll. … They are turning me into a zombie. They do not let me sleep. All I want is just for them to let me sleep,’” attorney Juan Pablo Badillo said, according to CNN. 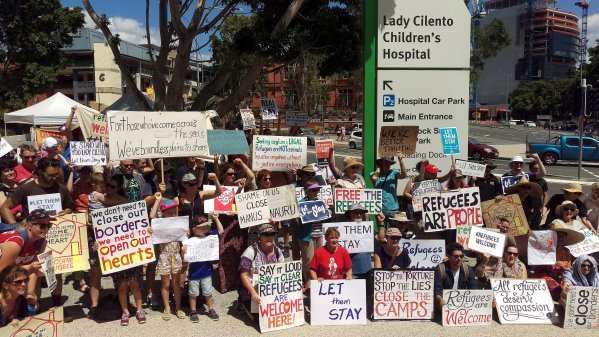 Australia to Send Asylum Seeker 'Baby Asha' Back to Nauru Eventually
Next Up: Editor's Pick