Everything We Know About the Kalamazoo Shootings

A gunman killed six people at random during a nearly seven-hour long shooting rampage Saturday in western Michigan, authorities said. Here’s every major detail we know about the killing spree so far:

The Suspect
Jason Dalton, 45, was arrested without incident following a massive manhunt in connection with the shootings. The Kalamazoo, Mich. man was a driver for Uber and had passed a mandatory background check, the company said Sunday. The ride-sharing service declined to say whether he was on duty during the shooting spree. Authorities said Dalton had no criminal record. He was a former insurance adjuster and is a married father of two children, the Associated Press reports. Neighbors described Dalton as a “quiet” and nice” man who “liked guns” and was part of a “typical American family,” according to CNN.

The Victims
Six people died in the “random murders,” including 17-year-old Tyler Smith and his 53-year-old father, Richard, who were both gunned down while looking at cars at a dealership, authorities said. Four others were killed in the parking lot of a Cracker Barrel restaurant. They were 62-year-old Mary Lou Nye, 60-year-old Mary Jo Nye, 68-year-old Barbara Hawthorne and 74-year-old Dorothy Brown, the AP reports. A 14-year-old girl was also shot at the restaurant and is in critical condition, while another woman shot outside an apartment complex was expected to survive.

The Timeline
The violence began Saturday about 6 p.m. when a woman was shot multiple times outside the Meadows apartment complex, authorities said. The shootings at the car dealership, which was about 15 miles away, followed about four hours later. The last lives were taken about 15 minutes after that outside the restaurant. Dalton was arrested after a deputy spotted his vehicle driving through downtown Kalamazoo, according to the AP. The suspect reportedly took fares in between shootings. Local resident Matt Mellen says the driver acted recklessly to the point that he jumped out of the car and ran away. “He wouldn’t stop. He just kind of kept looking at me like, ‘Don’t you want to get to your friend’s house?’ and I’m like, ‘I want to get there alive,’ ” Mellen told local media. “I’m upset because I tried contacting Uber after I had talked to the police, saying that we needed to get this guy off the road.” Uber has not commented on Mellen’s or others’ claims about fares.

Uber’s Reaction
Uber said in a statement Sunday that it was “horrified and heartbroken at the senseless violence.” “Our hearts and prayers are with the families of the victims of this devastating crime and those recovering from injuries,” said Joe Sullivan, the chief security officer at Uber. “We have reached out to the police to help with their investigation in any way that we can.” The ride-sharing service did not offer additional details on Dalton’s work history.

What’s Next?
Dalton was expected to be arraigned Monday. Authorities are still trying to figure out his motive while they investigate a woman’s Facebook post that said he was driving erratically during the series of shootings, Kalamazoo Department of Public Safety Chief Jeff Hadley told TIME on Sunday. Hadley also said authorities are looking into whether Dalton took fares in between the shootings. “We don’t know that for sure right now. It kind of seems that way, just based on the anecdotal stuff we’re getting, but I can’t say that with any level of certainty,” he said. “That will come out as we continue to investigate over the next 24 to 48 hours, tracking his movements.” 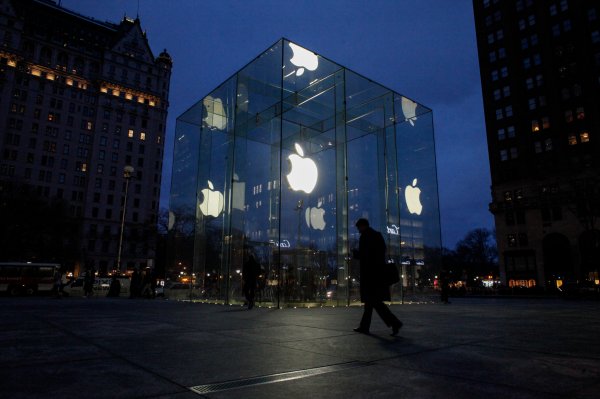 FBI Fires Back at Apple in Encryption Battle
Next Up: Editor's Pick