Marc Hom
Ideas
By Robert Redford
Redford is an actor, a director, a trustee of the Natural Resources Defense Council and co-founder of The Redford Center.

How long do decisions live? The death of Supreme Court Justice Antonin Scalia is a reminder of the precarious nature of life—and of decisions. I didn’t know Justice Scalia, though I know, as many of us do, what it is to lose a father, a colleague, a loved one. A sudden passing always shocks. My sympathies, like all Americans, go out to his family and dear ones.

What was also sudden was how quickly our national conversation turned to a showdown over who will replace him. And that’s disheartening, because what’s being overlooked in the showdown are all the decisions that need to be made once that person is confirmed!

To me, one looming decision stands out: the fate of President Obama’s Clean Power Plan. The CPP seeks to make our energy system less wasteful and make our country stronger and more independent in the long run, but numerous industries and parties objected, hence lawsuits. Earlier this month, the Court, before Scalia’s death, made an unexpected and highly controversial decision to intervene prematurely and put a temporary block on the plan. Eventually it could wind its way back to the Court for a ruling, but in the meantime, there are no new CPP rules in effect.

That decision is on the wrong side of history. It was a clear departure from how our courts normally handle government oversight. And I cringe at how we will have to answer to history. When our children and their children ask, “When the majority of Earth’s citizens—its scientists, military professionals, industrialists, and more— realized the threat of climate change was real, why didn’t you do more? Why did you delay?”

Unfortunately, the answer at the moment is, “Because of the opinion of nine people.”

The Court has been on the wrong side of History before, but never on a topic that directly affects the current lives of 7 billion people, and untold billions in the future. Extreme weather, desertification, ocean acidification and climate-related military conflicts are increasingly global mega-trends that disrupt entire countries in utterly unpredictable ways.

That’s quite a list of consequences. But improbably, there is opportunity here. The climate crisis is the rarest of situations: one in which nearly everyone agrees and nearly everyone can win.

Everyone agreeing? Yes. The biggest myth about the climate “debate” is that there is one. Serious-minded people are no longer debating: the US military, the reinsurance industry and COOs of Fortune 500 companies accept a changing climate as an inevitability that has to be accounted for in future battles and future business. The Pope frames the climate discussion as a deep moral imperative to care for the poor, the hungry, the disenfranchised. Even many investor-owned utilities are transitioning from coal to cleaner energy to protect shareholder interests. Despite the SCOTUS stay, they plan to continue the transition.

But everyone winning? Also possible.

If we face this crisis with intention and bravery we can make money and make a better world for our children and their children. Much of the progress in moving towards a low-carbon economy has been made not in courts, but in businesses and homes. Diverse companies—from Wal-Mart to Apple to Colgate Palmolive—reap financial rewards by treating carbon emissions as what they are: wasted money and wasted resources. Many American families save hundreds each month by converting their homes to solar energy.

No matter when or how the Supreme Court rules, though, this moment ultimately isn’t about a court’s choices, it’s about people’s voices —namely whose voices get heard. It’s about whether the world’s population will cede decision-making to a tiny group of people, be they five members of a court, a company, or a country. Those five voices do matter, but 7 billion voices matter much more.

What can those voices ask for?

We can ask our mayors to take the lead in combatting climate change on a city-by-city basis.

We can ask solar energy companies how much we can save by using solar in our homes.

We can ask businesses—with our dollars as a mouthpiece—to continue their good work in greening their enterprises.

We can ask the presidential candidates to clearly and transparently state their positions on climate change, a subject that has been mostly missing on the campaign trail, so those statements can be evaluated in this election.

Supreme Court decisions live a long time. What lives longer? The future of humankind. The Court’s decision was on the wrong side of history, but it need not determine history.

We can be a chorus of 7 billion. I will be part of it.

Robert Redford is an actor, director and environmental activist. 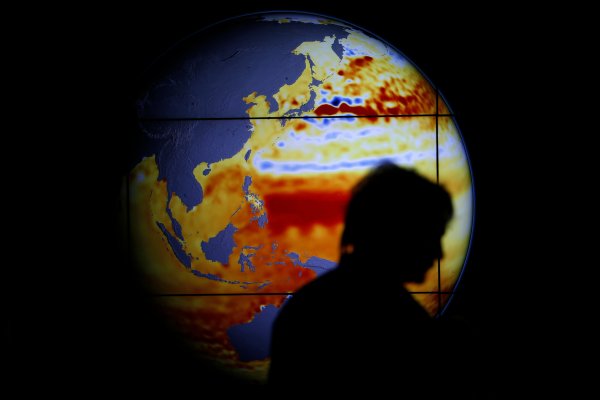