“Take a picture of this, because the new group of conservatives that’s taking over America looks like a Benetton commercial,” quipped South Carolina Governor Nikki Haley of the grouping Thursday. On Saturday night, she declared Rubio the leader of their “new conservative movement.”

The candidate cast his candidacy in similar monumental terms. “Ronald Reagan made us believe that it was morning in America again,” he told an enthusiastic crowd of hundreds. “And it was. Now the children of the Reagan revolution are ready to assume the mantle of leadership.”

But the euphoria was tempered by the reality that despite the coveted backing of the state’s GOP leadership, his finish was only good for a narrow second place, with a very different visualization of conservatism and the GOP taking shape above and below him in the standings.

With the GOP field narrowed, the March campaign will be about which of three divergent visions of the Republican Party will stand. Ted Cruz, whose third-place finish exposed cracks in his Southern firewall, argues for a return to the GOP of yore by turning out the party’s aging and dwindling base at greater margins. Donald Trump, the front runner and delegate leader, offers a rejection of many conservative first principles for an embrace of bombast and charisma. And then there’s Rubio, who has spent the better part of a year making the case for an expanded party designed to compete for a “New American Century.”

Taking his second-place victory lap Saturday, Rubio drew on his upbringing as the child of struggling immigrants to make the case for a more inclusive GOP. “As conservatives we will always celebrate success — but we fight for those who are still trying to make it,” he said, speaking of 17-year-old students trying to rise from poverty, single mothers, and fathers working two jobs. “We will fight for you because we come from where you are now. Because we lived the way you live now.”

His message runs right at the core of the complaints of many women and minority voters that the GOP doesn’t care about people like them — a perception problem that dogged 2012 nominee Mitt Romney, who lost by a 4-1 margin on that metric.

As the saying goes, demography is destiny, and Rubio aides channel the Republican National Committee’s autopsy into Romney’s 2012 defeat arguing the GOP needs to present a more diverse offering to voters as the nation’s demography changes.

But it’s an open question whether the voters of the Republican Party are buying the future that Rubio’s selling. Trump and Cruz combined collected a majority of the GOP primary vote in each of the three early voting states, and hold leads in most of the March 1 Super Tuesday contests.

Rubio’s path forward — and the future of his new conservative movement — depends on consolidating the support of those who supported former Florida governor Jeb Bush and continue to back Ohio Governor John Kasich, while betting that Trump and Cruz continue to divide the votes less open to expanding the party.

But Trump’s support has shown remarkable resiliency, and there is no sign that he plans to alter his approach, setting up a showdown in the coming weeks. Claiming victory in South Carolina, he led his audience in chanting that Mexico would pay to build a border wall. “Let’s have a big win in Nevada,” he closed, as he hopes another victory will let him run the table. “Let’s have a big win at SEC. Let’s put this thing away, and let’s make America great again.” 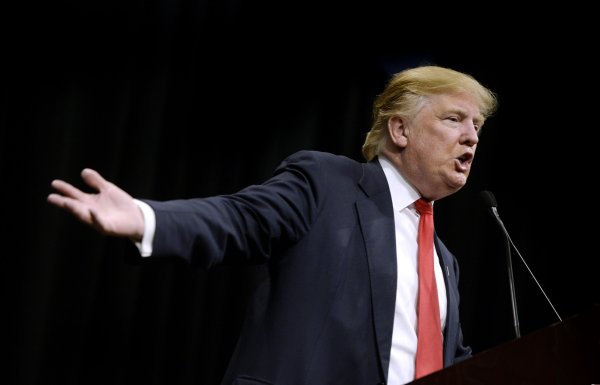