The gunman who killed at least six people Saturday during a random shooting spree in Kalamazoo, Mich. was a driver for Uber, the company said.

Jason Dalton, 45, of Kalamazoo County, worked for the ride-sharing company, a spokeswoman confirmed Sunday, but it’s unclear if he was on duty at the time of his rampage which left a half-dozen people dead and several others injured, including a 14-year-old girl.

Authorities are investigating a woman’s Facebook post that said Dalton was driving erratically during the series of shootings, Kalamazoo Department of Public Safety Chief Jeff Hadley told TIME on Sunday. Hadley also said authorities are looking into whether Dalton took fares in between the shootings. “We don’t know that for sure right now. It kind of seems that way, just based on the anecdotal stuff we’re getting, but I can’t say that with any level of certainty,” he said. “That will come out as we continue to investigate over the next 24 to 48 hours, tracking his movements.”

Uber said in a statement it was “horrified and heartbroken at the senseless violence” but did not offer additional details on Dalton’s work history. “Our hearts and prayers are with the families of the victims of this devastating crime and those recovering from injuries,” Joe Sullivan, the chief security officer at Uber, said in a statement. “We have reached out to the police to help with their investigation in any way that we can.”

Authorities say Dalton had no known criminal history when he randomly selected his targets in parking lots of an apartment complex, car dealership and restaurant. He is being held at a county jail following his arrest early Sunday, according to the AP. Dalton’s motive is still unclear. 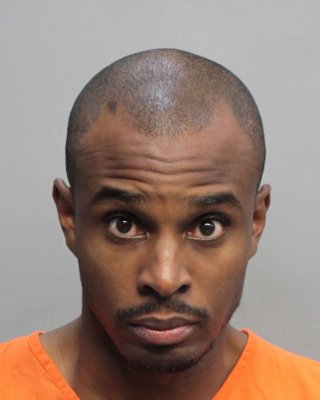