Prepare to empty your bank account if you’ve been eyeing HTC and Valve’s virtual reality team-up as your passport to sights unseen.

That’s a full $200 more than the $599 Oculus Rift, the most recognized of the forthcoming boutique VR headsets, and the only one with a firm release date: March 28. And those are just the prices for the goggles. You still need a high-end computer to do the heavy lifting. Rift-recommended PCs are priced in the $1,000 range, without the headset, and it’s a safe bet the Vive consumer edition is going to arrive asking for at least as much oomph.

What’s $799 get you? The headset with improved “brighter” display, an updated head-strap, two wireless controllers with haptic features designed to make it less likely you’ll fall flat on your face while playing (including a front facing camera that HTC says “blends physical elements into the virtual world”), and a pair of VR titles: one where you play as a robot in a world where machines have replaced human labor called Job Simulator, and another dubbed Fantastic Contraption about creating oddball doohickeys with your hands, then seeing how they operate in VR-space.

Beyond headset pricing, HTC is announcing something else it’s calling Vive Phone Service. It sounds like HTC’s way of bringing voice and messaging integration to VR, so you won’t have to yank the headset off to take a call, volley quick text replies or check upcoming calendar invites.

You can preorder the Vive consumer edition starting February 29 at 10 a.m. ET. 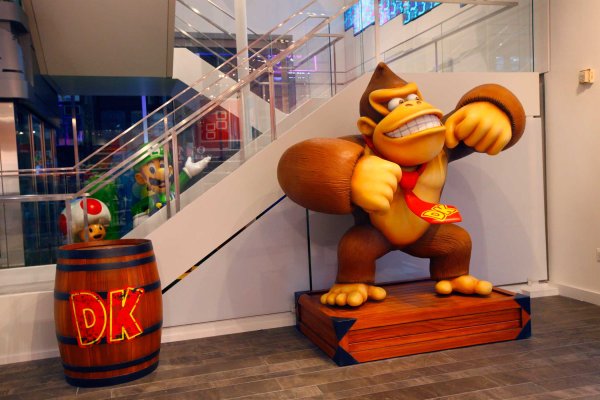 Take a Look at the Totally Redesigned Nintendo Store
Next Up: Editor's Pick