Donald J. Trump, the brash billionaire who has proved the laws of politics do not apply in this tumultuous presidential campaign, won South Carolina’s Republican primary on Saturday, jettisoning decades of Evangelical dominance in the state—and prompting former Florida Gov. Jeb Bush to drop out of the race.

Trump in recent days found himself in a closer-than-expected race against Sen. Marco Rubio of Florida and Sen. Ted Cruz of Texas. Trump saw months of double-digits lead crumble, just as they had in Iowa. Unlike that earlier contest, though, Trump outlasted the slide and made it to the voting with enough oxygen for his signature bluster.

The fight for second place remained close, with Cruz and Rubio testing their appeal in this deeply conservative state. Each has traded tough words in recent weeks in a state that celebrates rough politics.

Rubio spoke to his applauding supporters Saturday night even before the final tally was in.

“After tonight, this has become a three-person race and we will win the nomination,” Rubio said. “Now the children of the Reagan revolution are ready to assume the mantle of leadership.” Count on that phrase showing up in an ad soon.

Cruz addressed his own team shortly afterward, arguing that he was the only true conservative in the race—and that he was best positioned to win both the Republican nomination and the general election.

“We are the only campaign that has beaten and can beat Donald Trump,” Cruz said.

It was a hint at how this pair will spar in the coming states that have yet to weigh in. “We’ve got 47 more states to go,” said Daniel Ostergaard, a 43-year-old Bush supporter who watched his favored candidate bow out. “It’s still anyone’s game.”

Read Next: Clinton Takes Victory in Nevada After Hard-Fought Battle With Sanders

Bush, Ohio Gov. John Kasich and retired neurosurgeon Ben Carson were still competing for a handful of voters when Bush disappointed his supporters by announcing that he was dropping out of the race.

Bush went into primary day struggling, and his aides had to vigorously deny reports that he was out of cash and leaving the race. Such messages were making their ways to voters Saturday via recorded messages. It was a vintage South Carolina dirty trick and left some Bush advisers at his campaign headquarters cursing Cruz under their breath even before polls closed.

Indeed, the dirty tricks of South Carolina left some candidates on the defensive over tactics that would have been seen as disqualifying in Iowa or New Hampshire. Cruz was the biggest offender, but his campaign no apologies for the strategy. It was a reminder that Cruz’s team will do anything to win.

For Trump, the South Carolina vote was an early test if his in-your-face and often profane message could find a home in the Evangelical-heavy South. In a normal year, the thrice-married billionaire would never have been a favorite in a place where many people go to church twice a week.

For Cruz, South Carolina proved a test if voters would punish him for nasty efforts to win an election. It also gave him a chance to test out a message ahead of the so-called SEC Primary on March 1, when many Southern states will cast ballots.

For Rubio, this was the latest place where his campaign was set to confront perhaps unrealistic expectation. He rose to finish third in Iowa, but crashed in New Hampshire. He seemed to have found his footing here, nudging ahead of Cruz and finding a message that might translate in the coming races.

Kasich bet little on South Carolina and was already looking ahead to the next states as results came in—as his strategist not-so-subtly encouraged Bush to drop out, shortly before Bush did so.

“Tonight it became a four-person race for the nomination,” John Weaver, chief strategist at Kasich for America, said in a statement. “Only four candidates have top-three finishes in any of the early states and can justify staying in. At the same time, John Kasich has now won the so-called ‘Governors Bracket’ by continuing to run strong and beat expectations.”

Carson, who has deep support among Evangelicals dating to his pre-campaign days, was expected to stay in the race to thwart his sworn enemy, Cruz. The pair met privately this week to discuss Cruz’s campaign spreading false rumors that Carson was ending his campaign in Iowa, but Carson was still not satisfied with Cruz’s contrition.

At headquarters in Columbia, the candidates’ aides were all groaning as they prepared for flights Sunday out to Nevada, which has its caucuses on Tuesday. Collectively, they were all ready to exit South Carolina and leave behind its nasty politics. Many of the candidates were leaving badly bruised—and, in Bush’s case, leaving the race altogether. 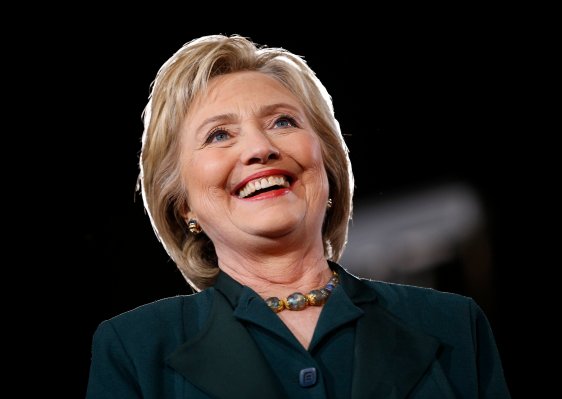 Clinton Takes Victory in Nevada After Hard-Fought Battle With Sanders
Next Up: Editor's Pick