Why Germany Does Kindergarten Better Than the U.S.

Germany probably thinks the U.S. does kindergarten all wrong, and before you ask why you should care what Germany thinks of your kid’s kindergarten, keep in mind that the whole concept was invented by a German. While you’re worrying about the Common Core and if Junior is keeping up with the mini-Joneses, German kids are camping under the stars as part of a program designed to develop independence and social skills.

These excursions, called kitafahrten happen once a year at most schools, when little kleinkindsset out on their gummistiefel for a few nights to sleep in tents, play with razor-sharp knives, and generally fend for themselves with limited adult supervision. They learn to roast a bratwurst by the fire, look out for one another, and take care of themselves, and it’s all very much in the spirit of Friedrich Fröbel — the guy credited with actually coining the term “kindergarten” in the first place. “Child Garden,” as Fröbel envisioned it, was intended to set kids free in nature, where they could learn from everyday experiences rather than books. To this day, many German kids learn to read and write at age 6, after they’ve roughed it in the woods, which they sometimes do while still transitioning out of diapers.

Kitahfahrten is pretty much the antithesis of American-style helicopter parenting and, before you dismiss it as crazytown, bear in mind that Germany has the lowest youth unemployment rate in Europe. So they might know a thing or two about developing the kleinkinds. And they’re not the only culture focused on letting kids go in order to let them grow — just ask the Polynesians. 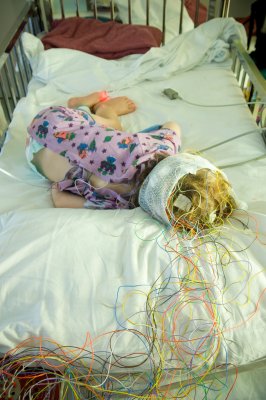 Babies Are Less Likely to Be Injured If Their Parents Get Paid Leave
Next Up: Editor's Pick