The tourism office for Cape Breton Island in Nova Scotia, Canada—the place where a new website encouraged U.S. citizens to move if Donald Trump is elected president—has seen an unprecedented surge of interest since the site launched on Monday.

The island’s official tourism agency wasn’t responsible for the creation of the website, but Mary Tulle, CEO of Destination Cape Breton, embraced the positive attention it has brought to the island. She brought in five seasonal employees this week to help field the unusual flood of off-season phone calls from prospective residents and visitors.

“We have pretty much done our entire year of [web] traffic in about five days,” Tulle said of the tourism agency’s official website. She said she was surprised, and pleased, to see the open invitation to prospective residents “explode the way it has.”

Rob Calabrese, a 39-year-old resident of the island, created the website to promote Cape Breton and said he never expected it would get this much attention, but his offer was serious.

“I already told people, ‘If you move here, you’re going to have a great barbecue in my backyard this summer with lobster tails, scallops and the whole thing,’” said Calabrese, who said the island has suffered population loss in recent years partly due to declining coal and manufacturing industries that put many out of work. “We’ll find a bigger venue if need be. We need more people here.”

“Don’t wait until Donald Trump is elected president to find somewhere else to live!” the website’s home page originally read. “Start now, that way, on election day, you just hop on a bus to start your new life in Cape Breton, where women are legally able to choose an abortion, Muslim people can roam freely, and the only ‘walls’ are holding up the roofs of our extremely affordable houses.”

Calabrese said he saw an opportunity to capitalize on the inevitable election-year pledges by some Americans to leave the country if a candidate they oppose becomes president. And although he’s Canadian, he said can’t get enough of the 2016 presidential race. He watches every debate for both parties and follows the results of each voting contest.

“The truth is I just love the show. This American election is way better for the number of actors on the stage, the storyline,” he said. “It’s better than the last four Star Wars movies combined.”

Calabrese, who received more than 2,000 responses from mostly Americans this week, said he was surprised by the number of genuine inquiries about starting a life on the island. He made changes to the site on Friday, toning down the references to specific policies.

“The truth is, we welcome all, no matter who you support, be it Democrat, Republican or Donald Trump,” the homepage now says. He also removed the contact form.

“People are writing in and asking, like, if they can bring their snake to live, and it’s just we’re not equipped to answer questions like that,” he said.

Calabrese said he thinks Trump is an “interesting character,” and he disagrees with some of his opinions, but he knew Trump’s name on the website would garner the most attention

“I mean he’s the most famous person in the universe,” Calabrese said. “He inflames people either in support or against him.”

Most Popular on TIME
1
The Disastrous Swedish Approach to Fighting COVID-19
2
Your Guide to Vote by Mail Deadlines in Every State
3
After Months of Minimal COVID-19 Containment, Sweden Appears to Be Considering a New Approach 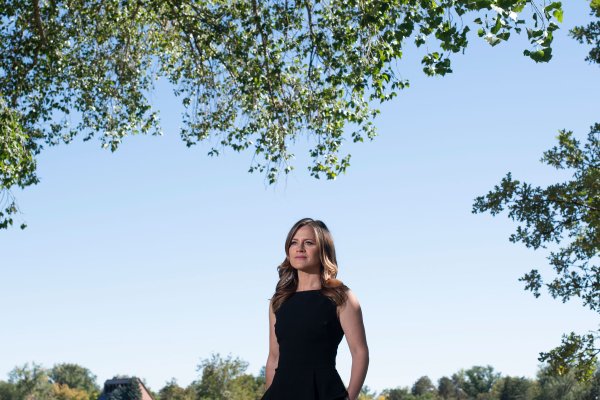 The Woman Behind the Voting-By-Mail Effort
Next Up: Editor's Pick