It must have been too much for a Catholic late-night show host to resist: Stephen Colbert dedicated his opening monologue Thursday night to the fight between Donald Trump and Pope Francis, and he had an interesting take on the problem.

“I want to try to broker a peace between these two men,” Colbert said after declaring himself “America’s foremost Catholic.”

“Mr. Trump, Mr. Pope… is it possible that you guys are fighting because you have so much in common?” Colbert continued. “After all, you both think you’re infallible. And you both sit on golden thrones. And you both wear very silly things on your heads.”

Watch the clip above to see more of Colbert’s commentary on the fight. 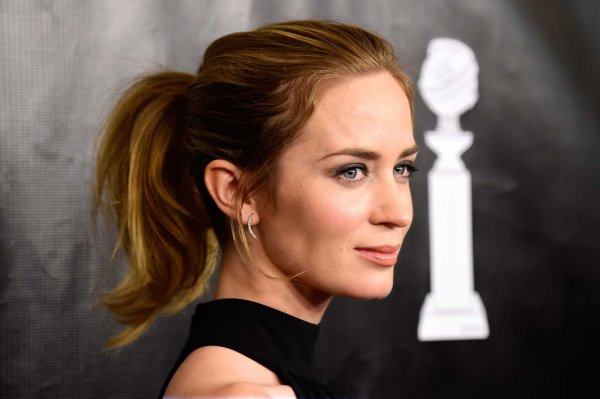 Emily Blunt May Be the Next Mary Poppins
Next Up: Editor's Pick