At least 100 butchered bodies have been discovered in a sewer that runs beneath a major prison in Colombia’s capital Bogotá, during an investigation into a possible epidemic of extrajudicial brutality across the country’s notoriously violent jails.

State prosecutors leading the investigation said that the victims whose dismembered remains were found under La Modelo prison were not only convicts but also visitors to the penitentiary and civilians, reports CNN. Paramilitary leaders allegedly bribed prison guards to turn a blind eye to the killings.

Authorities discovered the bodies amid an ongoing case against paramilitary figures Mario Jaimes Mejía (known as El Panadero, or the Baker) and Alejandro Cárdenas Orozco (known as JJ), who have been charged with the 2000 kidnapping, rape and torture of Colombian journalist Jineth Bedoya. Bedoya was at the time investigating violence, corruption and weapons trafficking at La Modelo, one of Colombia’s biggest prisons.

Though the prison investigation is focusing on La Modelo, officials believe that sewers under jails in other Colombian cities may also hold the remains of people who were similarly killed and dismembered, reports CNN.

For five decades, Colombia has been wrought with a civil war between state forces, paramilitary groups, and guerrilla fighters. Some 220,000 people have died in the bloody conflict; 6 million more have been displaced. In October, government and rebel leaders announced a plan to retrieve and identify the remains of the more than 50,000 individuals who have disappeared since fighting began. 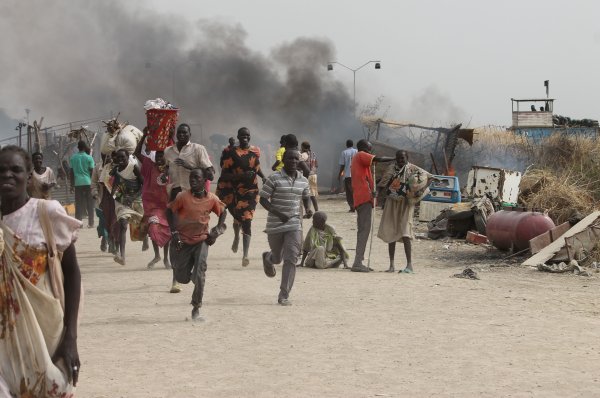 18 Killed in Attack at South Sudan U.N. Civilian Compound
Next Up: Editor's Pick