Review: Alluring Embrace of the Serpent Explores the Mysteries of the Amazon

The mystical allure of Ciro Guerra’s adventure-in-the-Amazon drama Embrace of the Serpent is so potent that it might take you a while to realize you’re watching an anti-colonialist parable. Maybe that’s the key to a good allegory: You feel the ideas seeping into your skin rather than conking you on the head. The third feature from Colombian filmmaker Guerra—and an Oscar nominee for Best Foreign Language Film—Embrace of the Serpent tells the story of Amazonian shaman Karamakate, a loner who reluctantly serves as a guide for two explorers, some 40 years apart.

The first of them, gaunt, bearded Theo (Jan Bijvoet), passes through in 1909: He’s ailing, in danger of dying, and the then-young Karamakate (played by Nilbio Torres) eyes him suspiciously before agreeing to help. (The treatment involves a few puffs of smoke and, clearly, a heady dose of enchantment.) The second traveler, Evan (Brionne Davis), comes paddling in on his canoe around 1940. By that time, Karamakate (now played by Antonio Bolivar) is a robust elder with searching, skeptical eyes, even more wary of outsiders than before.

Both white men—fictional creations based on real-life explorers Theodor Koch-Grünberg and Richard Evans Schulte—have come in search of an exceedingly rare plant, one with great healing properties as well as psychotropic ones. Karamakate, ever mindful of the way intruders from “civilized” Colombia raped his people’s land for rubber, forges an uneasy truce with each of them, as if acceding to the idea that human connections are ultimately more important than any stubborn pursuit of mystical purity. But the majesty of nature is Embrace of the Serpent’s true star, and Guerra captures the glory of every leaf, every inch of sky, in pearlescent black-and-white as luminous as the lining of a clamshell. In Guerra’s eyes, as in Karamakate’s, the forest is magic itself—and it’s no less remarkable for having sprung from something as lowly as the earth’s soil. 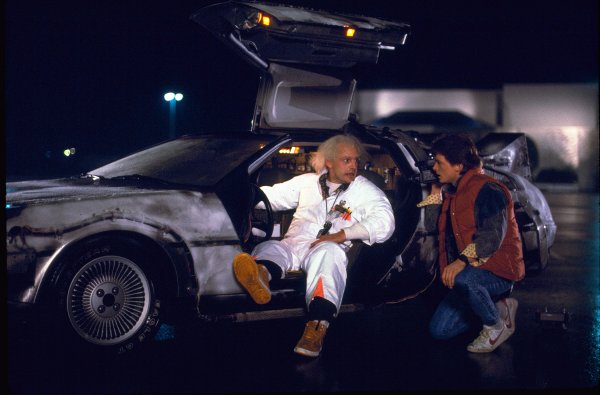 Watch the Trailer for the Fake Back to the Future Prequel That Needs to Be Made
Next Up: Editor's Pick