That Plastic Container You Microwave In Could Be Super-Toxic

If your idea of meal preparation is microwaving leftovers in the plastic takeout container they came in, here’s some bad news: Several chemicals in pliable plastic can leach into your food when you heat it, and even if you’re diligent enough to transfer the food to a bowl or plate labeled “microwave-safe,” you still may not be protected. By and large, that label means they won’t melt or break when heated—but it doesn’t mean they’re safe.

The two components in plastics that experts are most concerned about are phthalates and bisphenol-A (BPA), which are often referred to as endocrine disruptors because of their ability to affect estrogen and testosterone levels in humans. They also appear to have the potential to impact the development of the brain and reproductive organs in developing fetuses.

Read More: Why ‘BPA Free’ May Be Meaningless

Exposure to phthalates, which make plastic flexible (and also turn up in perfume—see Is Perfume Bad for Me? for more on that), has been associated with reduced sperm quality in men and shorter distances between the anus and the scrotum in male fetuses. A shorter anogenital area is considered “a marker for future reproductive and fertility issues,” says Dr. Sheela Sathyanarayana, associate professor at the University of Washington.

Exposure to BPA when a fetus is developing, meanwhile, has been associated with prematurity, changes in breast and prostate cells, early puberty, obesity, diabetes, and heart disease according to the Pediatric Environmental Health Specialist Unit. After growing concern from public health groups over the potential health risks of BPA, the FDA banned its use in baby bottles and sippy cups in 2012.

Doctors typically advise minimizing exposure to these chemicals “based on a strong body of evidence in animal literature and a good body of literature supporting what has been seen in animal studies in human studies,” says to Dr. Maida Galvez, Associate Professor in the Department of Preventive Medicine and Pediatrics at the Icahn School of Medicine at Mount Sinai.

So what to do? To reduce unnecessary risk, experts advise everyone to microwave food in glass or ceramic and replace plastic housewares labeled “microwave-safe” if they have been scratched or if the color has changed. “That means a certain area designed not to come in contact with food is coming in contact with food and potentially more chemicals present in that container will migrate into food,” says Rolf Halden, Director of the Center for Environmental Security at the Biodesign Institute at Arizona State University.

If food must be covered, then use paper towel, not plastic wrap. Condensation underneath the plastic wrap, which could contain phthalates, could cause fluid to drip down into the food, Halden says.

If microwaving food in plastics is unavoidable, then pay attention to the recycling codes at the bottom of the container. Those codes say something about the type of plastic used—avoid any that have the code 3 or 7. The USDA Food Safety and Inspection Service advises Americans not to reuse margarine tubs, take-out containers, whipped topping bowls, and other one-time use containers, which are more likely to melt and cause chemicals to leach into food.

And it’s not just some plastic containers; it’s most. An analysis of 455 common plastic products, including supposedly BPA-free ones, found that 70% tested positive for estrogenic activity; that number went up to 95% when the plastics were microwaved.

Some scientists also worry that the chemicals replacing controversial ones may not be safer. A review of existing research on BPA replacements found they’re “hormonally active in ways similar to BPA,” and a pair of studies linked high blood pressure and insulin resistance to DINP and DIDP, which are designed to replace DEHP, a chemical in consumer plastics that the EPA deemed a probable human carcinogen.

“What ends up happening is one chemical will get a lot of scrutiny, so a company will use one that’s very similar because it has the same properties,” says Sathyanarayana.

In the end, as Mount Sinai‘s Galvez sums up the dilemma: “It’s really hard to be a smart shopper when you don’t necessarily know what’s in a given product, so ideally the legislation and labeling would be in place so that this wouldn’t be a concern.” 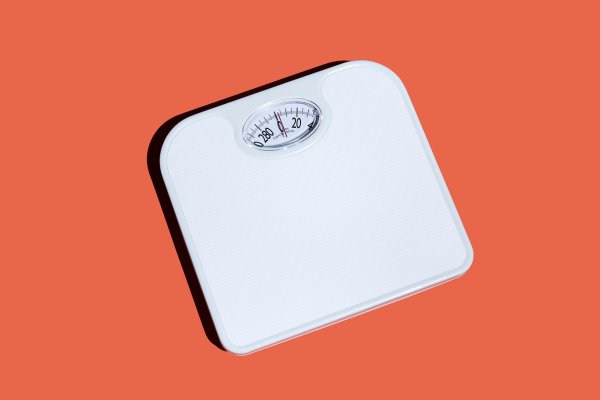 4 Ways to Tell If You're At a Healthy Weight
Next Up: Editor's Pick