Decline of Coal Demand Is 'Irreversible'

Demand for thermal coal is declining, a trend that appears to be “irreversible.”

That is the conclusion from Goldman Sachs, which published a new report on the global coal and gas trade on February 15, and reported on by SNL. For coal producers, this is the latest in a long line of grim warnings, all of which point to a future of shuttered power plants, mine closures, and bankruptcies.

Last fall, Goldman Sachs made headlines when it predicted that “peak coal” was drawing near. “The industry does not require new investment given the ability of existing assets to satisfy flat demand, so prices will remain under pressure as the deflationary cycle continues,” the investment bank wrote in September 2015.

The reaffirmation of that belief in its latest report will make less of a splash, if only because there is a growing realization that the coal industry is dying. Nevertheless, Goldman offers some new insights about the direction for the industry.

For much of the last decade, with coal consumption flat or declining in most of the industrialized world, there was still a massive lifeline for coal producers. China’s explosive growth led to a seemingly endless appetite for coal, despite bleak and deteriorating air quality in many of its cities. But, after years of blistering growth, China’s coal burning came to a screeching halt, likely hitting a peak in 2013.

With China’s coal market hitting a peak and entering decline, India is supposed to take over as the last vestige of growth. In the IEA’s 2015 World Energy Outlook, it published a lengthy section on India, placing it front and center as the single most important country to watch in terms of its influence on the future of energy markets.

India is supposed to add almost 900 million metric tons of new coal demand by 2040. To put that into context, it is more than twice as much demand as the rest of the world is expected to add combined over that timeframe. Coal demand in the U.S., EU, China, and Japan, to name a few, will fall from here on out.

So coal producers will simply export their coal to India, right? The problem with that plan is that India is set to ramp up its own domestic production of coal, cutting out the need to import more. India used to suffer from a shortage of supply, which led to a costly import bill and even routine blackouts in its electricity sector. But Indian mines are now churning out more coal, and stockpiles are rising. India’s increasing ability to meet its own demand for coal, Goldman Sachs says, will mean “the peak and decline in seaborne trade volumes may arrive earlier than we had previously expected.” The bank cut its forecast for thermal coal prices in Newcastle, Australia – a key global benchmark – to just $45 per tonne in 2018, down from $48 per tonne this year.

But the worst news for the industry is this: While oil and natural gas could see prices rebound as demand rises, coal has very little hope of ever seeing a price rebound again. Goldman sees long-term coal prices at $42.50 per tonne. “Unlike most other commodities, thermal coal is unlikely to experience another period of tightness ever again because investment in new coal-fired generation is becoming less common and the implied decline in long-term demand appears to be irreversible,” Goldman Sachs’ analysts concluded.

OilPrice.com: How Far Will The U.S. Go If Turkey Invades Syria?

Even India will fail to make up for the shrinking thermal coal market in the rest of the world. In its latest report, Goldman downgraded cut its demand forecast for thermal coal – in September it predicted that by 2019, the world would be burning 2 percent less coal than it did in 2013. Now, it says thermal coal demand will drop by 7 percent.

This is horrific news for coal mining companies. It also ensures that the list of coal companies that have declared bankruptcy – at least several dozen in the last four years – will continue to grow. 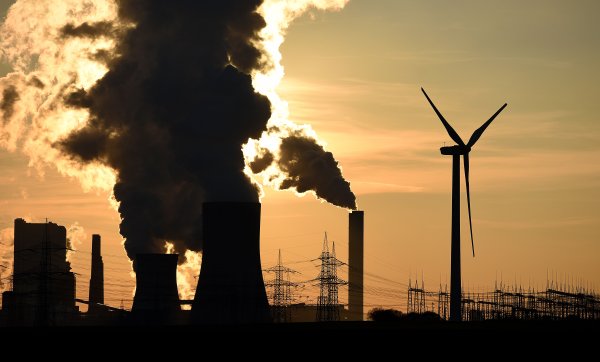