Ammon Bundy and Shawna Cox after speaking to the media as other members look on at the Malheur National Wildlife Refuge near Burns, Oregon on Jan. 4, 2016.
Rob Kerr—AFP/Getty Images
By Justin Worland

One of the armed protesters who occupied a federal wildlife reserve in Oregon filed a lawsuit against the U.S. government this week demanding $666 billion for “damages from the works of the devil.”

Shawna Cox, 59, who was arrested late last month during a standoff with the FBI, describes herself in the complaints as a defendant against a wide array of people she say are trying to “secretly force socialism, communism and imperialism types of government onto the people of the United States.” The supposed subversive agents include judges, Oregon’s governor, police officers and FBI officials.

Cox and her fellow protestors, including Ammon Bundy, were among the armed militants calling for the federal government to turn over land to ranchers and other private citizens. 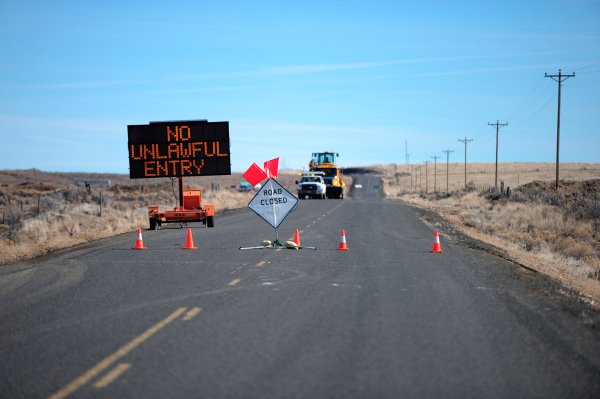