Here's Everything We Know About the Gilmore Girls Revival

Fresh stories from Stars Hollow will hit Netflix in the near future, with four 90-minute episodes reuniting fans with the beloved cast.

The revival news leaked in mid-October and was confirmed in January, with plenty of questions about which original cast members would be returning. While we wait for Luke’s Diner to open its doors again (did somebody say coffee?), check out everything we know so far about Lorelai and Rory getting the gang back together.

The Most Familiar Faces are Back—On and Off Screen

The Supporting Cast Remains as Quirky as Ever

But Melissa McCarthy’s Role In the Revival Is Seemingly Nonexistent

Melissa McCarthy, who played Sookie St. James on the beloved series Gilmore Girls, took to Twitter to say she was never asked to join the revival. Sherman-Palladino said in an interview that McCarthy’s character does not have an active storyline in the four-part series. “It was a character we knew we could not count on in terms of story, because [Melissa] just simply wouldn’t have that sort of time to carve out for us,” she said.

Richard Gilmore’s Death Will Be Acknowledged

After actor Edward Hermann’s death in 2014, his character, Gilmore patriach Richard, will also have died in the new series. “You couldn’t just say, ‘Oh, Richard died peacefully in his sleep, and now we’re going to go to the cherry-picking festival,’” Sherman-Palladino told TV Line. “Something they loved is gone, which means things you love will not be around forever. And you can’t take them for granted.”

Stars Hollow Will Have Some New Faces, Too

There will be plenty of new faces in Stars Hollow, according to E Online, including a Peruvian couple, a handful of kids and hippies at a commune. Sutton Foster, who starred with Bishop in Sherman-Palladino’s short-lived Bunheads, will also star.

Each Episode Will Go with a Season

There’s no official title for the revival yet, but Sherman-Palladino confirmed the four episodes will be titled “Winter,” “Spring,” Summer,” and “Fall.” Sherman-Palladino said it was her original plan to pitch three episodes. “And then we thought… four seasons, because seasons were so big with the show. It was snow and fall and spring and festivals… it defined [Stars Hollow] a lot. And we thought that’d be a lovely way to catch up with all three of our Gilmore Girls over the course of a year.” 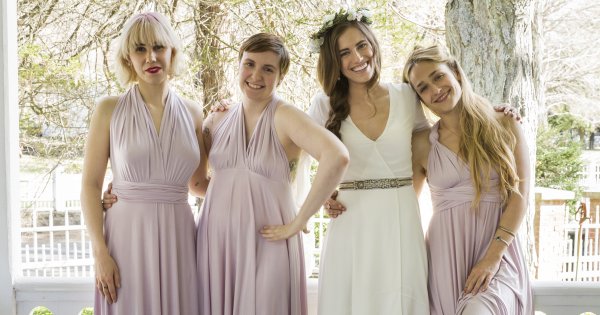 Review: In Season 5, Girls Becomes a Traditional Sitcom
Next Up: Editor's Pick