Starbucks Drinks Have More Sugar Than You Think

Though we know Starbucks’ signature drinks aren’t particularly good for us, many would be surprised to discover just how much sugar they contain.

U.K.-based campaign group Action on Sugar analyzed 131 drinks at restaurant and coffee chains in the U.K. to determine their sugar content. The report found Starbucks to be a top offender. The group evaluated 34 Starbucks drinks, seven of which claimed spots in the top 10. The drink that tops the list is a Venti Grape Mulled Fruit with chai, orange, and cinnamon, containing a shocking 25 teaspoons, or 99 grams, of sugar.

“This is yet again another example of scandalous amount of sugar added to our food and drink,” Action on Sugar chairman Graham MacGregor said in the report. The campaign group asks that, given the evidence, U.K. Prime Minister David Cameron take action against these high levels of sugar, which contribute to the country’s obesity and type 2 diabetes epidemics.

The report includes a comprehensive plan in which it recommends reducing sugar and fat in unhealthy drinks by 50% and 20% respectively. It also requests a 20% tax on sugary drinks and a ban on marketing of unhealthy food and drink towards children and adolescents. The group also says that chains should stop serving such large sizes, which increase sugar intake.

Starbucks responded to the report with the following statement: 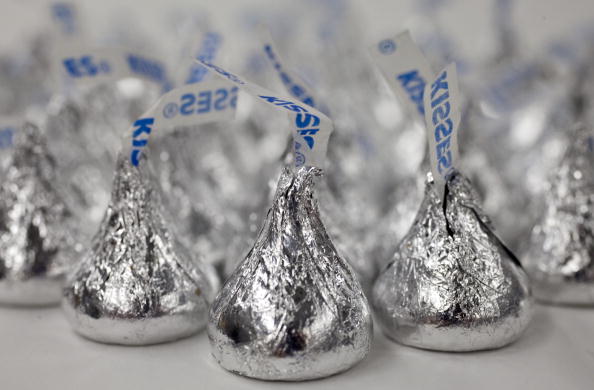 Carrot Cake Hershey Kisses Are the Latest Seasonal Candy to Hit Shelves
Next Up: Editor's Pick