How MSNBC Tricked Trump Into Comparing Himself to Sanders

Insurgent outsider candidates Donald Trump and Bernie Sanders may be the political odd couple of the 2016 election, but that’s hardly a comparison that business tycoon Trump would like to make with socialist Sanders.

But that’s exactly what MSNBC tricked him into doing during a town-hall special Wednesday night. Moderator Mika Brzezinski posed this question to Trump: “Who am I describing?”

Trump takes the bait and says she’s describing him. “Actually, I was describing Bernie Sanders,” she replied. “Is it insulting? Because there are some similarities.”

“I’ll tell you, there’s one thing that we’re very similar in,” Trump then said of himself and the Vermont Senator. “He knows that our country is being ripped off big league, big league, on trade. The problem is, he can’t do anything about it, he’s not going to be able to do, whereas I’m going to do things … He doesn’t understand it.” 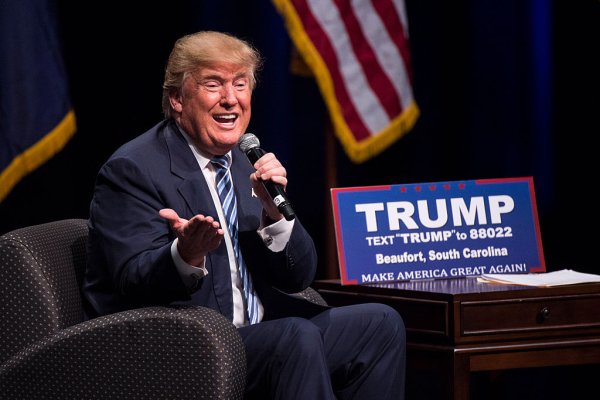 Donald Trump Says Obama Is 'Lucky I Didn't Run' Against Him in 2012
Next Up: Editor's Pick