UCLA gymnast Sophina DeJesus, 21, performed an encore of the floor routine that went viral on social media on The Ellen DeGeneres Show Wednesday. Her Feb. 6 routine, in a competition against Utah, garnered attention for her dance moves and because she incorporated aspects of the dance in rapper Silentó’s music video “Watch Me (Whip/Nae Nae)” and “the dab,” (moves made famous by athletes like Carolina Panthers quarterback Cam Newton).

DeJesus told Ellen that she worked with her sister, a fellow dancer, to put together the routine so she could close our her senior year with a “bang.” And looks like she did just that, since footage of her moves, which helped UCLA beat its rival by 0.025 of a point, has been viewed nearly over 40 million times on Facebook and YouTube.

During a commercial break, actor Stephen “tWitch” Boss, a regular on Ellen’s program, tried his best to copy the viral floor routine with DeJesus and her UCLA gymnastics teammates. 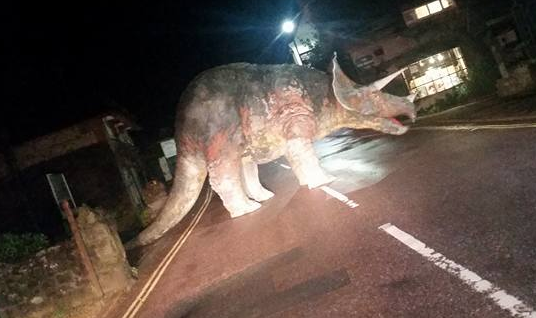