If there’s one phrase that sums up how Microsoft envisions the future of Windows, it’s “mobile first, cloud first.” CEO Satya Nadella has used that language time and time again when discussing the company’s products and priorities. Now, a new phone from HP shows exactly what that concept looks like when applied to mobile hardware.

HP’s Elite x3 is a Windows 10-powered smartphone launching this summer and aimed at business consumers. The company is hoping employees will use it as their only work device, replacing their desktop or laptop computers. How? HP’s x3 is the first non-Microsoft smartphone to support Continuum, a new feature that lets the handset power a desktop-like experience complete with keyboard and mouse when attached to those devices through a special dock.

HP will also be offering what it calls a “Mobile Extender,” which turns the x3 into a laptop-style device. The extender comes with a 12.5-inch screen attached to a keyboard. There’s no processor or storage inside, as it uses the phone for all of its computing needs. With the x3, HP’s goal is to make it easier for workers to carry their devices between home and the office, as the mobile extender is lighter than an average laptop. But the setup will still require employees to carry two devices — the handset and the laptop shell.

To serve as a laptop replacement, the x3 needs a lot of battery life, and HP delivers. The handset packs a monstrous 4,150 mAh battery, compared to the iPhone 6s Plus’ 2,750 mAh battery and the Samsung Galaxy S6 Edge Plus’ 3,000 mAh cell. For a phone of its size — the screen measures 5.9 inches — the Elite x3 is fairly lightweight. Its matte finish makes the device feel durable and easy to grip. HP also says the phone is well-suited to conference calls and video chat sessions, thanks to its eight-megapixel front camera and Bang & Olufsen speakers.

While the concept of only using one device for work sounds appealing, Continuum is still in its early stages. Only a small number of apps are optimized to work with it, which could lead to a limited experience. Still, workers who do the lion’s share of their work in Microsoft’s Office suite and a web browser may find Continuum-enabled phones are enough to get the job done.

Though it’s made by HP, the Elite x3 is telling of Microsoft’s new mobile strategy. Its Windows Phone mobile operating system never saw widespread adoption, overshadowed by Apple’s iOS and Google’s Android. But neither of those operating systems are capable of powering a desktop-style experience like Windows 10 can. That advantage should help Microsoft pitch its latest operating system as a productivity tool. Still, it’s unclear if that will be enough to convince users, or their companies, to embrace Windows on mobile devices. 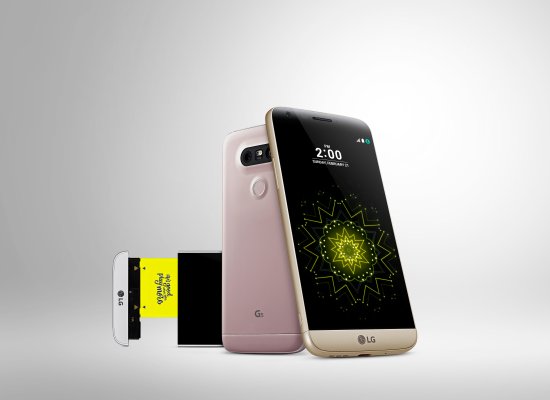 This New Android Phone Has A Great Camera for Taking Wide Angle Photos
Next Up: Editor's Pick