Bad blood is building between Ted Cruz and Marco Rubio in South Carolina, as the two freshmen senators spar for second place in the Palmetto State.

The latest flashpoint was a fake Facebook page claiming that South Carolina Rep. Trey Gowdy had withdrawn his endorsement of Marco Rubio to back Ted Cruz.

There was no evidence that the Cruz campaign was behind the posting, but that didn’t stop Rubio from laying the blame on his Senate colleague and the type of campaign he is running. “It’s part of a pattern,” Rubio said. “They didn’t say they were supporting Donald Trump. They didn’t say they were supporting Ben Carson. So it’s just a pattern of people around his campaign that have continuously done things like that.”

Asked again for evidence, he only replied that it was part of a pattern.

On Tuesday Gowdy to released a statement blaming Cruz for the Facebook page, but also recorded a robo-call to 500,000 South Carolinians laying the blame on Cruz for negative push-polling allegedly conducted by the Cruz campaign.

Cruz’s campaign has argued that Rubio has misconstrued his record to South Carolina voters, accusing him of still supporting “amnesty” and skipping votes on defense spending and defunding Planned Parenthood.

“Rubio’s campaign has been reduced to spreading false Internet rumors,” said Cruz spokesman Brian Phillips. “It’s a sad development. But I suppose they’d rather lie about fake Facebook pages than own up to his support for amnesty, missing the fight on Planned Parenthood funding, and surrendering to the courts on marriage.” 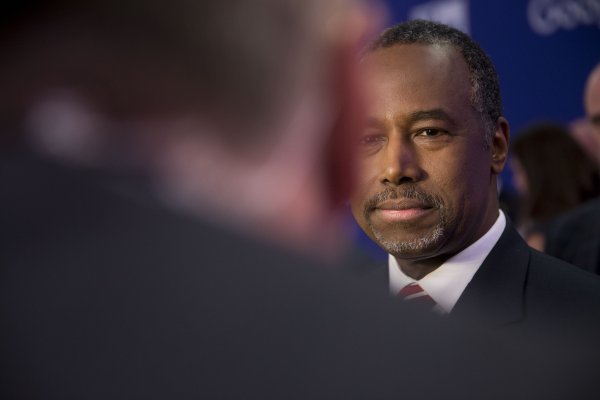 Ben Carson Faces Murky Road Ahead
Next Up: Editor's Pick