With its upcoming Android smartphone, LG is hoping you’ll never have to tell your friends and family to squeeze in tight to fit in a photo again.

LG’s new handset, the G5, is equipped with two rear-facing cameras, one with a traditional lens and another with a wide-angle, 135-degree version. The South Korean firm says the latter lens is wider than that on any other smartphone, allowing users to capture more subject matter in a single photo.

Other phone makers have released devices with multiple camera lenses in the past, like HTC. But unlike that firm’s efforts, which focused on creating images with 3D-like effects, LG’s goal is simply to add to users’ photographic options.

LG has yet to confirm a price for the new phone, but it will be available in April.

Another goal with the G5: Making it easier for users to more quickly see important information. The phone can show tidbits like the time, data and battery status without being fully woken up, thanks to its always-on display. It’s a similar concept to Motorola’s “Active Display,” which wakes up that company’s Moto X handset when it’s picked up. LG says the G5’s always-on functionality won’t be a significant drain on the phone’s battery life because the device’s backlight will only be illuminating a small portion of the screen.

Longtime LG fans will notice the G5 is a drastic departure from the company’s previous Android handsets. The G5 features a brushed aluminum body and will be available in pink, gold, silver and “titan.” The G4, by comparison, came in “ceramic” plastic and leather variants, which felt cheaper and less premium than metal. The new model is also noticeably smaller, sporting a 5.3-inch screen versus the G4’s 5.5-inch display. All of these changes make the G5 easier to use and more enjoyable than the G4.

Many Android die-hards will be happy to know that, despite its metal build, the LG G5’s battery can still be swapped out by users. That’s largely unheard of with metal phones, as their back panels typically can’t be popped off like a rear casing on a plastic handset. LG made this possible thanks to a bottom that slides off, which also allows users to attach accessories like a camera grip.

One downside to the LG G5: Its power button and fingerprint scanner are still located on the back of the device. This unusual placement doesn’t save time when unlocking the device, and makes the phone awkward to use.

Overall, the LG G5 seems like a promising choice for Android fans looking for a lightweight, good-looking phone that offers some level of customization. LG has steadily improved the phones in its G-series over the past few years, and the G5 seems to be better suited to take on the competition from Samsung and Apple than any of the company’s previous offerings. 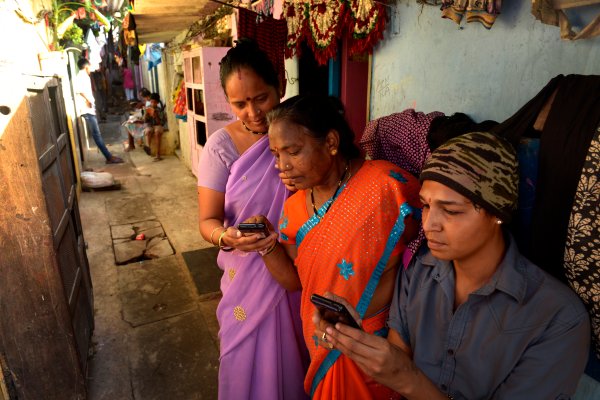 $4 Smartphone to Launch in India
Next Up: Editor's Pick