Pope Francis waves upon his arrival at the airport in Tuxtla Gutierrez, Mexico, on Feb. 15, 2016.
Gregorio Borgia—AP
By Sarah Begley

A laser light shone on the plane with Pope Francis on board when it prepared to land in Mexico City on Friday.

Alitalia confirmed on Wednesday that Captain Massimiliano Marselli alerted the control tower about what his crew had seen from the air, which the airline called “standard procedure with these type of matters” in a statement. The incident was then reported to local authorities. The plane landed safely and no one on board was injured.

On Sunday, a Virgin Atlantic flight from London to New York was grounded after a laser beam was pointed at the plane, sparking worries that the pilots’ eyes could suffer injury. Last year, U.S. pilots reported more than 5,000 laser strikes, though none were injured.

Pointing a laser at a plane is a federal crime. 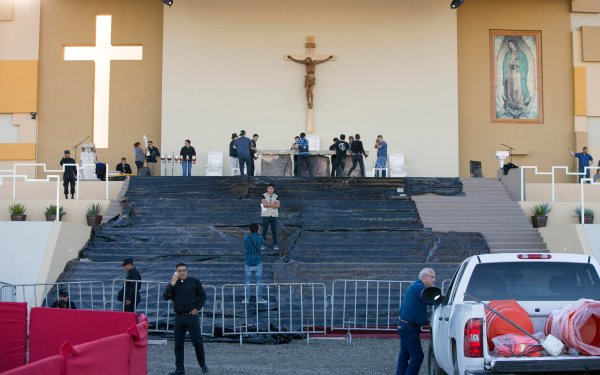 Why Pope Francis Is on the Mexican Side of the Border
Next Up: Editor's Pick