Read the Original Letter That Helped Expose the Scandal in Spotlight

In 1982, Margaret Gallant sent Boston’s Cardinal Medeiros a letter professing her love for the Catholic Church and her anger at its failure to act after seven boys in her family had been sexually abused by a priest. Two decades later, the Boston Globe‘s investigative reporting team proved that Gallant’s allegations and those made by many others were part of the Church’s systemic cover-up of such abuse.

That particular letter was “critical to the entire project,” Rezendes says. The fact that some priests abused some children had already been revealed by 2002, when the Spotlight stories were published. The revelation from Rezendes and his colleagues—proved in part by Gallant’s letter, one of many original documents that the Globe published as the appendix to the book about the case, Betrayal: The Crisis in the Catholic Church—was that the Church knew about those cases and actively attempted to cover them up.

“That’s why the documents are so important and that’s why the letter is so important, in addition to it being incredibly poignant,” he says. “This is someone whose family has been horribly violated and yet is still trying as hard as she can to love her church. And I think that’s what tore me up and tore us all up.”

“Documents are always critically important to what I do because, one hopes, they leave no doubt,” Rezendes adds. “Investigative reporting is not he-said-she-said journalism; investigative journalism is trying to find the truth and to bring that truth back to the readers. If you have the documents, there should be no debate about what the truth is.”

Thanks to this letter and others like it, there isn’t any doubt. And today, 15 years later, Rezendes says the work has led to a sea change in public understanding. “The biggest change is the awareness of child sex abuse and of clergy sex abuse, and it’s profoundly significant,” he says. “We think of all the tens of thousands of survivors who have been able to step forward and tell their stories as a result of this work, but there are also untold thousands of young people who have not been abused who otherwise would have been.” 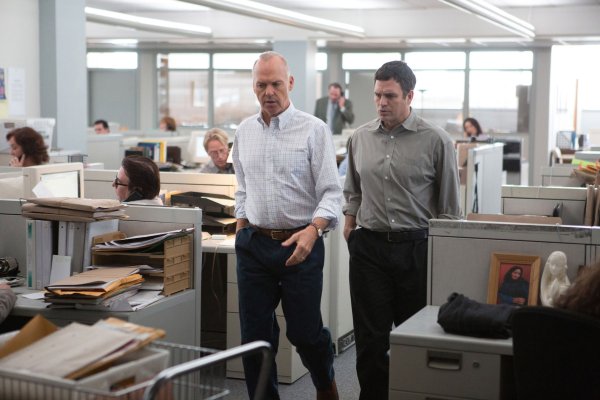 Review: <i>Spotlight</i> Is an Emotional Tour de Force
Next Up: Editor's Pick